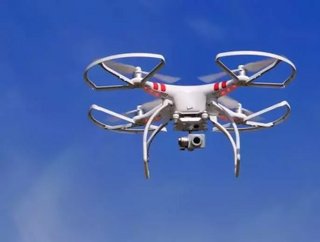 Samsung is in the process of reinventing itself. At CES 2015, the company announced its ambitious plans to focus on IoT technology and as part of its bi...

Samsung is in the process of reinventing itself. At CES 2015, the company announced its ambitious plans to focus on IoT technology and as part of its bid to become the world-leader in connected development, it has established a new experimental research lab that will focus on 3d printing, virtual reality, robotics and drones.

As befits a large-scale reimagining of Samsung’s business, the team appears to be taking a long-term approach to innovation. “Given the significance of the team, members will have more authority and independence because the main purpose of the team isn’t to develop single devices for any imminent results, but to develop solutions to go with Samsung’s manufacturing capabilities. The team will explore how technologies could help people’s daily life for a better future.”

The new team will be a part of Samsung’s mobile division, but will also have autonomy within the company, while building upon existing products such as Samsung’s Gear VR headset.

The technology behemoth is currently attempting to break away from its old business model of creating products primarily by undercutting rivals. Its new focus recently saw the company launch a new line of Internet-connected smart refrigerators, air conditioners, and washing machines and the company looks poised to continue on this trajectory.

The company isn't, however, completely giving up on its classic strategy. While today’s news indicates Samsung is investing in promising fields like virtual reality and robotics to find the next breakout product, it continues to promote new lost-cost mobile devices, running the company’s Tizen operating system in developing markets such as India and Bangladesh.