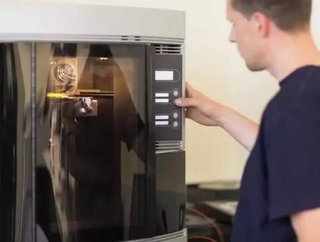 Siemenshas opened a production facility for metal 3D printed components in Finsp&aring;ng. The investment of around 200 million Swedish Krona (&euro;21...

Siemens has opened a production facility for metal 3D printed components in Finspång. The investment of around 200 million Swedish Krona (€21.4 million) is the first step in the company’s plans for the mass manufacture and repair of metal parts with additive manufacturing. Siemens already uses rapid prototyping as a standard procedure and rapid repair in some commercial applications. This is a long-term investment to build up skills and experience to lead to new ideas and developments in the field.

The facility features Direct Metal Laser Sintering machines from German AM leader, EOS, which cost around $850,000 each. Electro Optical Systems was founded in 1989, and diversified into laser sintering of thermoplastic powders in 1994. EOS currently believes metal 3D printing has the biggest potential, particularly in aerospace and medical, and consequently, is focussed on the development of their metal 3D printing portfolio. EOS machines are already being used for the mass production of medical implants and flight critical parts in aerospace, including by GE Aviation. IDTechEx's research for its report 3D Printing of Metals 2015-2025 predicts around 1000 of these types of 3D printers will be sold in 2016, with a total market value of $540M.

The workshop will employ 20 operators and engineers and will be used for rapid prototyping, manufacturing and repair of components in Siemens’ series of industrial gas turbines, for the power industry. Gas turbines are technically challenging to produce. They are complex and require broad knowledge in materials science, automation, and manufacturing. They must withstand high temperatures (up to melting point of iron), rapid temperature changes (up to above 1000ºC in seconds) and high centrifugal forces as blade reach sonic speeds. 3D printing allows lattice structures with better heat transfer and fuel mixing, better coating adhesion, and new alloys. Siemens have demonstrated lattice structure in blades, fuel strainers and compressor impellers.

Rachel Gordon is a Technology Analyst for IDTechEx