[SLIDESHOW] How the Samsung Galaxy Alpha is Made 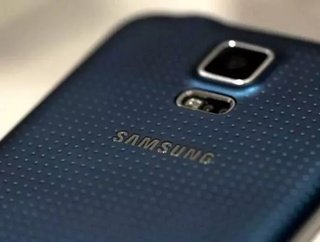 Technology giant Samsung has given the world behind-the-scenes access at its Galaxy Alpha factory. In a series of images, the smartphone maker shows exa...

Technology giant Samsung has given the world behind-the-scenes access at its Galaxy Alpha factory. In a series of images, the smartphone maker shows exactly how the 7mm thick, metal device is made.

According to the company, the Galaxy Alpha has “redefined Samsung’s design aesthetics in many ways” so not surprisingly it required advanced design techniques and compact construction. Samsung shares some of its innovative techniques.

During product development, a number of computerized numerical control (CNC) processes – automation of machine tools controlled by computers – are used to extract the Galaxy Alpha’s metal frame. At the beginning of development, the device’s frame is carved and trimmed from a rough metal material to shape Galaxy alpha’s unique design. Following this, secure spaces for the battery and window parts are formed to connect with the frame. Next, the outer edge of the frame is developed to express Galaxy Alpha's signature curved corners and where its key buttons and antenna are housed.

After this, the device undergoes a Color Anodizing process to tint the metal the desired blue, gold, black, silver or white color. Through this process, the Galaxy Alpha is able to maintain the natural shine of its metal frame, even while it gets tinted with color. Following the Color Anodizing process, the Galaxy Alpha’s metal frame is then diamond cut, which is a specific type of cut using a diamond as the metal cutter, at a certain angle to give its edge a shiny look along with a high-quality grip. During this process, the display is seamlessly connected to the frame’s shiny edge– creating a perfect contrast between edged cutting and matte finish around frame.

Once the Galaxy Alpha is constructed, it is sent over to the Quality Assurance Lab where a number of tests are conducted to ensure its durability. For example, during the “Drop Test,” the Galaxy Alpha is released from varying heights, multiple times to evaluate the resilience of its metal frame. The Galaxy Alpha outperformed all other Galaxy devices on this test as its durable curved corners prevent it from external shock. Another test called the “Bending Test,” evaluates the amount of pressure the Galaxy Alpha can withstand by pressing the each side of the device at the same time. A third test, the “Twist Test,” determines the level of impact the device can endure by moving it from side-to-side in opposite directions.

The development and testing process can be very long and challenging in order to produce high-quality devices that meet the needs of consumers worldwide. Ultimately, through this extensive process, the superior Galaxy Alpha is born, providing a carefully constructed compact body with a metal frame and a solid finish.