Small and mighty robots: Why robotics is not limited to big business 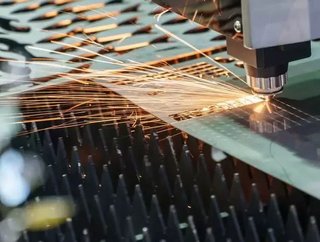 Juicero, the world’s first countertop cold-press juicer, hit the news in 2017 after the revelation that the juice packets are hand squeezable – elim...

Juicero, the world’s first countertop cold-press juicer, hit the news in 2017 after the revelation that the juice packets are hand squeezable – eliminating the need for the $399 wi-fi connected press. Sometimes, adding several features to a piece of technology can backfire. However, if the features are chosen and designed well, they can aid customer experience and improve productivity.

For smaller businesses, investing in new technology can be daunting, especially where robotics and automation are concerned. Robots are often mistakenly believed to be expensive, dangerous and difficult to program. However, robotics and automation is now accessible for all companies, no matter what the size. The benefits of SME-friendly robots are huge and include improvements to both safety processes and productivity.

The skills shortage, offshore competition, quality concerns and safety issues are among the challenges commonly faced by SMEs. However, they can all be countered by automated technologies.

Robots that can be controlled by existing equipment, such as programmable logic controllers (PLCs) or industrial PCs (IPCs) are perfects for SMEs as the initial cost is drastically reduced. This instantly makes the technology more accessible to SMEs.

Similarly, the more flexible the piece of equipment is, the better. If a robot can carry out several tasks and be altered to work under different conditions, it means that SMEs don’t have to purchase several different pieces of machinery.

Often, SMEs have smaller factory space and are wary of robots that need large enclosures and additional safety equipment.

Collaborative robots have the potential to act as a solution to this problem, as they can share space with human operators, due to inbuilt safety features.

Most collaborative robots are manufactured with an in-built safety-rated monitored stop, meaning that it will not move if a human is detected in its space. Speed and separation monitoring allow the robot to continue moving in the same space as the human, but if the distance is reduced to less than a set threshold, the robot will stop.

Collaborative robots often operate at reduced power and force, as well as being covered in additional padding, meaning that, if contact does occur, it will not cause any harm.

The final safety feature often employed by collaborative robots is hand guidance. During hand guidance, the human and the robot share space, but the robot will only move under the operator’s direct control.

Hand guidance can also be used to teach a robot particular sequences, without any need for conventional programming, as the operator physically moves the robot through set motion paths. Also known as programming through demonstration, it eliminates the need for a specialist programmer, a role that is not usually found in smaller businesses.

Many modern robots have a simple user interface, and are easy to program. While a specialist robotic programmer can help plan complicated robotic sequences, it is not necessary for most operations.

Automation and robotics can help improve processes and operations for the majority of manufacturers, but some features are particularly useful for SMEs. As Industry 4.0 continues to control manufacturing and automation becomes more popular, it is in manufacturers’ best interest to use robotics to increase production, efficiency and safety. Choosing the correct technology and avoiding redundant features is essential — for automated technologies and juicers.