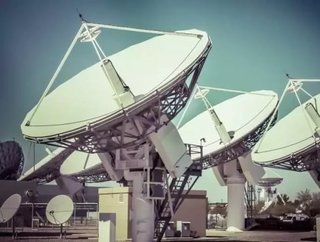 Elon Musks SpaceX and Google forge a partnership to bring Internet connectivity to the most remote places on Earth (and Mars) using satellites.Elon Musk...

Elon Musk’s SpaceX and Google forge a partnership to bring Internet connectivity to the most remote places on Earth (and Mars) using satellites.

Elon Musk’s company Space Exploration Technologies (SpaceX) has raised a billion dollars in a financing round with two new investors, Google and Fidelity (who will now collectively own just less than 10 percent of the company). The deal, which SpaceX confirmed on its website, will bolster SpaceX’s emerging satellite business and could help Google expand Internet access across the globe.

The funding will be used to support continued innovation in the areas of space transport, reusability, and satellite manufacturing.

In its blog post, SpaceX wrote that the funding would “support continued innovation in the areas of space transport, reusability, and satellite manufacturing.” However, Google’s involvement has led many to believe that the funding will primarily back SpaceX’s new satellite venture, which its founder and CEO Elon Musk announced late last week.

Musk and Google aim to connect people on Earth and Mars to the Internet!

At the time, Musk gave some indication as to the epic scope of the project that lies ahead. He seeks to create a network of hundreds of satellites that could not only connect people on Earth to the web, but also people on Mars - if and when people reach the planet. The total cost of such an audacious project has been estimated at a whopping $10 billion.

“Our focus is on creating a global communications system that would be larger than anything that has been talked about to date,” Musk told Businessweek.

That, of course, is something Google - and indeed many tech giants such as Facebook - would very much like to be part of. Over the last few years, companies like Google and Facebook have turned their attention toward connecting the unconnected to the Internet. Both companies have looked to technologies such as drones, satellites, and balloons that could bring connectivity to people living in the most remote places. While benefitting rural peoples and emerging economies this would greatly expand the companies’ already enormous reach.

But recently, Google hit a major roadblock in its efforts to connect the world when Greg Wyler, who was leading its satellite efforts, left Google to launch his own venture, OneWeb. Wyler took with him expertise in the field, but also the rights to some spectrum Google would need for the project. According to sources, Wyler even tried partnering with SpaceX himself, but the deal went sour when he refused to give up a significant portion of OneWeb to Musk.

It stands to reason that Google would be on the lookout for another, well-funded partner to help realize its vision for an expanded Internet.

Of course, just because Google and SpaceX are have delivered on moonshot projects in the past doesn’t guarantee that this endeavor will be successful. Richard Branson - an investor in Wyler’s OneWeb - has publicly doubted whether Musk can pull this off.

“Greg [Wyler] has the rights, and there isn’t space for another network - like there physically is not enough space,” he told Businessweek. “If Elon wants to get into this area, the logical thing for him would be to tie up with us, and if I were a betting man, I would say the chances of us working together rather than separately would be much higher.”