Telesat to select the manufacturer for its LEO satellite constellation 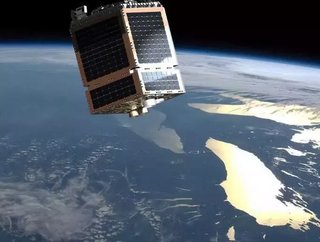 The Canadian satellite communications firm, Telesat, has announced that it is reviewing applications to manufacture its broadband satellite constellatio...

The Canadian satellite communications firm, Telesat, has announced that it is reviewing applications to manufacture its broadband satellite constellation.

The firm are anticipating to select and announce the manufacturing firm in the next few months.

The Telesat LEO project aims to introduce universal and cost effective connectivity through a 117 satellite constellation.

The announcement was made at the Canadian SmallSat Symposium on 15 February.

“We’re getting close now to making some decisions as to how we’re going to proceed,” stated Erwin Hudson, Vice President of Telesat LEO.

“We’re hoping to make some announcements here in the next couple of months.”

The first satellite launched in November of last year was built by The Space Flight Laboratory at the University of Toronto Institute for Aerospace Studies.

The satellite was lost, along with 18 others, due to the Fregat upper stage firing in the wrong direction, resulting in the technology deorbiting into the North Atlantic Sea.

The second launch, which happened last month, was successful – it was built by Surrey Satellite Technology in the UK and was sent off from an Indian Polar Satellite Launch Vehicle.

When the satellite reaches its final orbit, Telesat will use it to conduct tests, for both their own systems and for potential users.

“We’ve got a lot of interest from the customer community about doing testing,” Hudson added.

“For much of the second half of the year we’ll be doing testing for customers and partners to show what it’s capable of doing.”