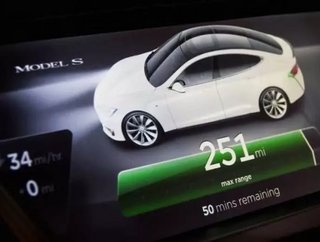 Tesla Motors Inc. may be setting its sights on the Golden State. The automobile manufacturer has added California to its list of potential locations for...

Tesla Motors Inc. may be setting its sights on the Golden State. The automobile manufacturer has added California to its list of potential locations for its much-hyped $5 billion Gigafactory.

Initially, California wasn’t much of a contender, but the longer the site-selection process continues on, the better their odds are.  After six months and a few proposed tax breaks and regulations by California lawmakers intended to lower costs and speed up construction, Tesla—based in Palo Alto—might be interested in building the factory close to home.

“California has set into play various legislative proposals and actions that have enabled it to come back into consideration,” Tesla spokesman Simon Sproule told the Phoenix Business Journal. "Discussions have taken place between us and various representatives of the state and the overtures they are making and conditions they are proposing place them in a better position for consideration.”

California is pushing to land the investment, which would include the creation of 6,500 jobs.  The Gigafactory would be a substantial boon to the state’s economy, especially after Toyota Motor Corp. announced its plans to relocate its U.S. headquarters from Los Angeles suburb Torrance to Dallas, Texas.

“I will do everything in my power to have California land this factory," California State Sen. Gaines told the Wall Street Journal. “It's very important for California and sends a message across the country that we are open for business.”

Arizona is also in the running, as several cities and plots of land within the state have been proposed as possible sites, including Tucson and a vast expanse of vacant land in Surprise.  But California, Arizona, New Mexico and Nevada may all lose out to Dallas.  The Dallas Business Journal recently reported that Tesla is also considering 700 acres in Dallas for the Gigafactory.  Reportedly, if Tesla picks the southern Dallas County site, transportation officials say nearly $200 million will be available to finish transportation improvements in the area.