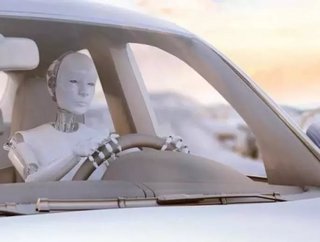 Electronics car company Delphi Automotive has joined forces with software business Mobileye, with the intention of having a fully autonomous car on the...

Electronics car company Delphi Automotive has joined forces with software business Mobileye, with the intention of having a fully autonomous car on the market by 2019. Autonomy in the automotive industry has become an unavoidable reality: here are our picks for some of the most exciting and important autonomous driving companies around.

The world’s most valuable website creators are also pioneers of the concept of autonomous cars, and Google is closer to perfecting the recipe than anybody else thus far. However, it is content to work solely on the software, leaving the hardware market open to manufacturing competitors.

Cisco, like Google, is focussed on the data and electronics required to make autonomous cars as smart as possible. It is teaming up with one of the biggest tier 1 auto parts suppliers – Continental – to make autonomous driving a mainstream reality by 2025 as per Continental’s long-term business strategy. The focus for the pairing is to create a network that will connect cars wirelessly, something it will develop until autonomy is reached.

This Chinese web services company teamed up with BMW in 2014, and by the end of 2015, it had produced the semi-autonomous 3-Series. This year, Baidu’s CEO unveiled plans to have fully autonomous cars on the road within five years, powered by its Baidu Brain technology. It is also planning an autonomous tourist service.

As one of the world’s biggest digital companies, Nvidia’s ambitious desire is to make autonomous technology upgradeable with its Drive PX2 software. Imagine being able to upgrade your vehicle’s system with just the touch of a button; periodic updates will enable this, and ensure that the car’s technology never has the chance to become obsolete.

This bus company manufacturer has been working on autonomous buses since 2012, and it claims to have successfully navigated one of them on an inter-city road in central China. As a comforting failsafe, the driver can switch from automatic to manual at will, but the company is clearly confident – it is demonstrating the ability of these vehicles on more public roads.

A list of autonomous vehicle companies wouldn’t be complete without Tesla. CEO Elon Musk has long been promising this concept within bafflingly short timeframes, and rolled out its Autopilot beta software last year. It suffered a setback when drivers began misusing it, followed by a dramatic Autopilot-driven fatality, but the company still promises that its autonomous and semi-autonomous Model 3 – which has already had 350,000 pre-orders – will be available soon.