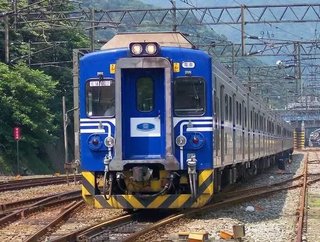 TISS will manufacture the electric locomotives (including spare parts) at the Fuchu Complex to be delivered successively, starting in 2022.

In addition, TISS has continually delivered electrical equipment for rolling stock, wayside traction power supply systems, traffic control systems, etc. to Taiwan High Speed Rail Corporation since the commencement of revenue service. TISS was awarded a contract for new electric locomotives receiving recognition for its extensive experience in the Taiwanese market and also for its supply record over the years of locomotives in Japan.

In 2015, the TRA announced a 10-year plan to invest 100bn Taiwan dollars (approx. 360bn yen) in purchasing approximately 1,300 new rolling stock units, and is currently in the process of carrying out that plan. TISS considers Taiwan to be one of the major markets to focus on for its railway business and will contribute to the development of transportation infrastructure in Taiwan through the delivery of products at an appropriate timing that meets local needs.