What impact will 3d printing have on manufacturing and logistics? 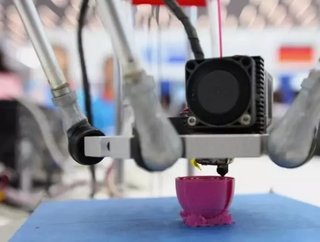 3D printing, or additive manufacturing (the official term for production based on 3D technology), has been used by the automotive and aerospace industri...

3D printing, or additive manufacturing (the official term for production based on 3D technology), has been used by the automotive and aerospace industries to build prototypes for some time now, and over the last few years, 3D printing technologies have evolved at a rapid pace. Fashion designers, architects, artists, and food technicians are experimenting with it in their respective fields. The new technology’s potential seems almost boundless. Nike, for example, recently launched the first athletic shoe including 3D-printed components.

3D print technology makes it possible to create nearly any geometric form with the help of design software – incorporating hollow spaces and filigree honeycomb structures, for example, that are much lighter than traditionally manufactured components, but offer the same stability. In medical technology, 3D printing has already achieved standards on a par with traditional manufacturing methods. Dental crowns, hip joint prosthetics, and customised hearing aid shells: 3D printing is used wherever “replacement parts” for the body are needed. The medical industry will see even more revolutionary developments in the years to come. Researchers are experimenting with the printing of human cells: artificial skin for burn victims, artificial ears, and artificial kidneys are no longer a utopian vision. A Swiss-made 3D printer is designed to manufacture lung tissue, and soon it will also print jawbone implants.

Manufacturers from all industry sectors are exploring which items they may be able to produce using 3D print technology, and logistics service providers are launching pilot projects to identify the need, potential and options for adjusting their business models to include 3D print services. Components manufactured with 3D printing offer the same safety and stability as the traditionally manufactured components they replace, but at a fraction of the weight. Integrating such components into finished aircraft, for example, helps save fuel and reduces CO2 emissions.

3D printing enables decentralisation, saving transport costs and driving down overall logistics expenses. It is also useful for small production batches or limited mass production, and for creating the required moulds for this type of manufacturing. In the future we may store replacement parts in virtual warehouses rather than distribution centres and print them based on demand, which would significantly reduce required storage space and resources. This may also provide the foundation for high-wage countries to “near shore” production back home following earlier outsourcing to low-wage countries, and saving customs duties based on electronic transmission of digital design plans for local production rather than importing the actual goods.

At this point in time, however, it is still unclear to what extent 3D printing is capable of outstripping traditional manufacturing and logistics processes, or even replacing them. Despite its potential, 3D print technology is also subject to limitations. To begin with, it cannot compete with the speed of traditional manufacturing processes and is not yet suitable for mass production. Plus, traditional processes for mass production are significantly cheaper than producing large quantities based on 3D print technology. Additionally, if products require smooth surfaces, they will need finishing following 3D print production, because it leaves a rough surface structure on objects made of synthetic fibres. Various product liability issues remain unresolved, too: if anyone can become a manufacturer or producer, who assumes liability when something breaks? 3D printing is still so young that the law lags behind on such issues.

On the regulatory side, 3D printing also has the potential to undermine control mechanisms that ensure products are safe and appropriate for the market. Customs authorities lose their oversight capabilities when goods are no longer transported across borders; they would not be able to conduct consumer protection or safety controls, or keep counterfeit goods off the market the way they do now.

With 3D printing, goods may no longer need to be shipped halfway around the world, because they can be printed close to the consumer. But this doesn’t mean that we will soon only be shipping raw materials and 3D print cartridges. Not quite yet. In fact, experts are sceptical that the technology will have much of an impact on global transport volumes in the near future. The trend toward custom production is currently more likely to boost “last-mile” shipping, i.e. the movement of goods from a transport hub to their final destination in the area.

But one thing is certain: The market share of 3D printing technology will increase and the trend toward customisation will continue. We will all benefit from the new technology’s ability to accommodate individual customer requests during production. Manufacturers will no longer keep large volumes of standardised products in stock, moving instead to a more flexible manufacturing model based on the “made to order” principle. The most likely outcome is that 3D printing will take its place alongside traditional production technologies, rather than replace them.