What Quantum Computing Could Mean for Manufacturing 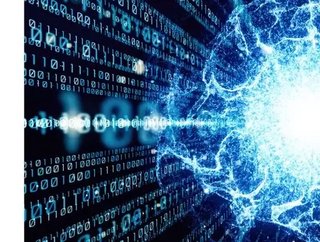 In this Manufacturing Global exclusive, we walk you through the potential impact of quantum computing on the manufacturing industry...

Over the past twenty years, quantum computing has evolved from a speculative playground into an experimental race. The drive to build real machines that exploit the laws of quantum mechanics, and to use such machines to solve certain problems much faster than is possible with traditional computers, will have a major impact in several fields including manufacturing.

An Introduction to Quantum Computing

There are a few concepts to keep in mind with regards to quantum computing. Understanding these concepts requires a certain level of suspension of belief:

At the risk of oversimplification, one can conceptualise a quantum processing unit as a series of interconnected coins that are spinning – i.e. each coin (or qubit) is in multiple states until it has been measured, at which point it settles into one state (either heads or tails) – and coins (or qubits) that are entangled will influence each other on the states that they settle into.

Put simply, quantum computers (through entangled qubits that can be in superposition) have the ability to simultaneously process an exponentially larger range of values at the same time, when compared to classical computers. As a result, quantum computers will:

“It’s important to remember that comparing a classical computer to a quantum computer is essentially like comparing a candle to a lightbulb or bicycle to a jet plane. Quantum computing is a completely new paradigm shift that opens up a range of possibilities” says Vishal Shete, Head of Quantum Value Creation at Sia Partners.

Within manufacturing, when quantum computing’s predicted capabilities come to fruition, industries like aerospace and electronics could benefit from:

Today, computer simulation plays an important role in the design and pre-testing of products. Hardware components in many industries are routinely 3D-modeled with individual engineering safety margins. However, problems arise when these margins accumulate, resulting in products that are overweight, over-engineered, or higher cost than necessary. This potentially hampers all commercial viability.

In future, quantum computers could simulate component interactions within complex hardware systems. IBM predicts that this intervention could enable load paths, noise, vibration, and system loads to be calculated in a more precise and accurate manner. This kind of integrated analysis can optimise the manufacturing of individual components in the context of the overall system, reducing the cumulative impact of numerous individual safety margins and improving cost without sacrificing system performance.

Manufacturing control processes can be extremely complicated, often testing the limits of advanced analytics. This is particularly the case when employing machine learning and needing to analyse multiple variables.

Quantum computing, combined with machine learning, could impact manufacturing in the following ways:

Quantum for Supply Chain and Logistics

Supply chains are evolving at rapid rates. The shift from linear models to a more responsive organic model based on real-time market demands and availability of key components creates real potential for quantum computing. Used alongside other technologies in the supply chain toolbox, quantum computing could accelerate decision making and enhance risk management, resulting in lower operational costs and a reduction in lost sales because of out-of-stock or discontinued products.

Speedel, a UK B2B courier firm, is one company already excited about the impact of quantum for logistics and supply chain managers.

“Where a company plans to ship orders using a large number of vehicles across multiple possible routes, classical computers can become overwhelmed with the quintillions of options. Quantum’s ability to solve much larger problems means that logistics planners can quickly determine the best routes using less energy and in a shorter time frame.”

“Operations managers need not become overwhelmed by the science, but rather identify the real-world application of quantum and its ability to streamline the logistics and supply chain landscape” he adds.

What Should Manufacturers Do Today?

Understanding how quantum technologies may or may not change the world is like trying to assess the impact of the internet back in the early 1990s. Enormous numbers of possibilities come to mind, and many potential applications haven’t been imagined yet.

The quantum landscape can seem intimidating at first. But rather than getting lost in rabbit holes, it is important to:

While the quantum road ahead may be long and winding, being late to the party may mean that organisations may have missed out on some of the gains that are possible. Value can be extracted today by applying early-stage quantum technologies to solve the appropriate real-world problems faced by manufacturers.