What will manufacturers make of tech in 2018? 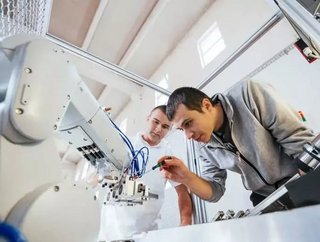 UK Manufacturing is enjoying its largest expansion in 10 years. The manufacturers' organisation EEF sees output and export growth continuing through 2018 thanks to a strong global economy and a weak pound following the Brexit referendum. Manufacturing has been a forerunner in the digital revolution and, to ride this wave of opportunity, organisations must continue to innovate. The challenge that many face is applying new technologies to their business and exploiting the rapidly increasing amounts of data. As part of its Industrial Strategy, the government published 4 Grand Challenges in November 2017, focused on the global trends which will transform our future. First on the list is “growing the Artificial Intelligence and data driven economy”. We consider how AI, along with the digital twin model and edge computing will play a more dominant role in manufacturing this year, and expand into the sectors where they are not yet exploited.

The digital twin model will revolutionise how high value assets are designed, developed and maintained. This is the process whereby something that exists within the physical world is mapped out in the virtual world - an exact digital replica, which provides a number of benefits when building high value capital assets. Even at the very start of a project, engineers can use digital twins to run models to map out any potential obstacles before any physical work has begun. The technology also facilitates real-time analytics which can markedly improve operational maintenance and, combined with AI, predictive maintenance.

Take the airline industry; engineers can test virtual models of planes to predict when parts will start to malfunction. Anticipating problems with the planes means airline companies can swap out parts in advance and minimise the ground time of the fleet. This is crucial to airline profits given that every minute a plane is on the ground, it loses money. With the most basic commercial airplanes selling upward of $82m or leasing for around $375,000 a month, they need to be commercially flying to make the investment pay off.

It’s an indication of the potential of the technology that companies such as General Electric (GE) are using digital twins to get a holistic picture of major developments such as wind farms. Its engineers can monitor and control the turbines, predict power output, and adjust settings accordingly. And it isn’t just manufacturing where we’ll see this model making waves in 2018. A recent survey found 75% of executives across a broad range of industries planned to incorporate this technology into their operations within the next few years.

We’ll also see greater adoption of computing at the edge of a network where data is processed closer to the point where it is produced, typically by internet of things (IoT) devices, avoiding long distance data communications. Computing at the edge lets organisations analyse important data in near real-time and facilitates faster processing for the explosion of data that will define the tech sector in 2018.

There will be a continuation of the move towards the edge of the network for corporate computing with the proliferation of smaller data centres across the world. The move will be prompted by the ever-growing need of businesses to ensure data is processed in line with end-user management and security requirements. Large automotive manufacturers need suppliers across the world to send and receive computer-aided design (CAD) files, which are likely to be sizeable and full of sensitive information. A focus on edge computing will not only reduce the latency when these files are transferred, but also ensure data security is sufficient on the supplier’s side to protect this information.

AI – by no means a new concept, but one whose potential is finally being put into action - is set to shake-up the factory floor by making industrial robots safer and able to perform more tasks.

Specifically, two of the ways AI will make further inroads into manufacturing are:

Adaptive manufacturing incorporates AI into the factory line to overcome the inflexible nature of industrial robots. These robots are designed to perform repetitive tasks, and re-programming them to do other tasks is time-consuming. Adaptive manufacturing gives robots the ability to learn routines from human workers and work alongside them, eliminating the downtime required for re-programming.

The need for speed on a production line comes at the expense of errors and a decline in the quality of output. But, automated quality control removes the need to compromise. Better monitoring can be brought in to spot errors more quickly. For example Instrumental.ai uses cameras powered by computer vision algorithms to spot anomalies on the production line and identify the cause of the failure. This means staff can resolve the issue quickly, rather than spending hours trying to figure out the problem.

What this means for the future

We’ll come to see these technologies incorporated into manufacturing projects right from the beginning. As it stands, technologies such as AI are currently being retrofitted onto planes, power stations and other pre-existing assets. New versions of these assets will be equipped with advanced tech right from the get go helping to improve efficiency right across the manufacturing industry. And it’ll mean more data to store and process: something manufacturers will have to think about before making any changes to their proven IT systems.