Why the next Industrial Revolution will be like no other 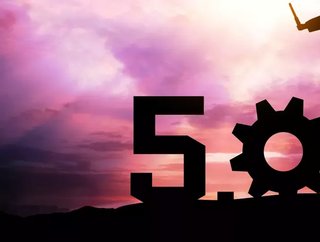 Rafi Billurcu, Partner and Head of Manufacturing at Infosys Consulting discusses what's in store for the next industrial revolution

There will be plenty of hype about Industry 5.0 in the years to come, and various talk on specific use cases and quantifiable benefits. However, as we begin to transition to this new phase, I’d like to highlight the bigger picture and something far more interesting: how does Industry 5.0 differ from all the revolutions that came before it, and what does this mean not just for the future of the industry, but for the entire planet?

Every industrial revolution stands on the shoulders of the previous one, harnessing the power of innovation to transform what came before. The fourth industrial revolution took earlier concepts such as computing and partial automation and harnessed digital innovations to move manufacturing from labour- and capital-intensive operations to smarter, leaner ways of working.

Similarly, Industry 5.0 is about expanding these concepts still further by applying digital technologies to a much wider range of industries, applications and areas of business. In doing so, the new revolution aims to correct one of the biggest disappointments of digital, which is its uneven application across the enterprise.

While digital has transformed many areas of business, it has led to a “silo-isation” of innovation. Yes, new technologies help individual business departments perform better, but each one is still focused exclusively on its own work, with little thought to the symbiotic relationship between them.

So while Industry 5.0 applications will optimise costs and discover new efficiencies, its real long-term value will be in driving innovation at scale across the entire enterprise. It is also about using technology to dive into businesses’ systems of records, reorganise budgets and so discover new ways to fund a never-ending cycle of innovation, providing more (and more lucrative) revenue streams.

How it will work

The earliest machines of the first, steam-powered industrial revolution were used to pump out flooded coal mines. Few people realised that within a generation, the same technology would be harnessed to propel a transportation revolution.

We face the same difficulty in predicting Industry 5.0 applications. It’s not that our predictions will necessarily be wrong, it’s that we will fail to imagine just how transformative these applications will be.

Even so, we can be confident about some of the first use cases that will emerge. Among these will be “co-robots”, or collaborative robots. This is where robots are co-workers rather than replacements for human workers. We won’t just co-exist but will work together and solve problems, each party using its unique attributes to achieve synergy through symbiosis.

In fact, we’re already beginning to see this concept in action with artificial intelligence. In applications with a very low tolerance for errors, such as invoice processing, human operatives supervise and “train” the AI until the technology can be trusted to complete tasks correctly. This is a great example of allowing humans and technology to do what each does best: machines take charge of the dull, time-consuming tasks, and people sense-check and give final sign-off.

The same concept can be extended to practically any area of the enterprise. For example, we can entrust robots with discovering opportunities to optimize movement within a warehouse but rely on humans to take the final decision between multiple optimization scenarios based on their experience. That’s Industry 5.0 in a nutshell: combining two very different types of intelligence so that each complements the other.

All previous industrial revolutions were about profit and competitive advantage. Harnessing steam and mechanisation meant you could make more items, faster and at a lower cost. The same was equally true of electricity, assembly lines and every other technological development up to the smart applications of today’s Industry 4.0.

Industry 5.0 will be different. Not because it won’t benefit businesses; rather, because it promises something of even greater urgency and utility to us all. This is the ability for industry to work together to solve the enormous challenges we face as a species and a planet.

The European Commission points out that Industry 5.0 aims beyond efficiency and productivity for individual businesses, and “reinforces the role and the contribution of industry to society….[providing] prosperity beyond jobs and growth while respecting the production limits of the planet.”

And that’s what’s so exciting about Industry 5.0. As we face the existential challenges of climate change and resource depletion, the coming industrial revolution will do what no other has done before: enable the world’s businesses to come together and start solving the problems that previous revolutions have burdened us with.