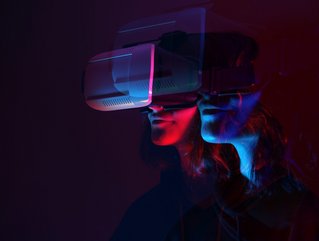 Jonathan Masci, co-founder of NNAISENSE, explores how the Russia-Ukraine conflict has influenced the supply chain & how to leverage AI to lower costs

Jonathan Masci is the co-founder of AI software development company NNAISENSE, which he founded in 2014 and is headquartered in Lugano, Switzerland.

He met with Manufacturing Digital to discuss how manufacturers can cut down on their electricity consumption, how recent events have accelerated the move to renewable energy and impacted manufacturing.

Hi Jonathan! Can you introduce yourself and your role?

“I'm Jonathan Masci and I am one of the co-founders of NNAISENSE and the director of Deep Learning. My background is in computer science. I did a PhD under the supervision of Professor Juergen Schmidhuber, here at IDSIA, the Swiss AI Lab in Lugano.

“With respect to my academic background, I was one of the pioneers in what is now called Geometric Deep learning. I was among the first to ever train these neural networks and GPUs.

“At NNAISENSE, my role is to bring the team together in cracking these very hard nuts that we encounter every day in process modelling and optical inspection and anomaly detection.” 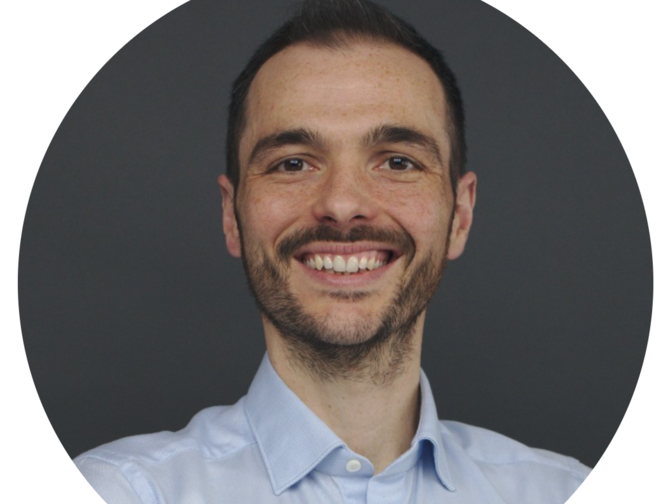 How are you helping some of Germany's largest manufacturers cut down on their electricity consumption?

“Energy prices have skyrocketed in the past few years, that was true even before Russia’s invasion of Ukraine and the recent developments in the digital political scene. What happened has exacerbated and accelerated in many ways, what was deemed to happen anyway. With respect to how we help the largest manufacturers in Germany, I mean, the easy answer in many ways, is through our digital twin services. As one of the main offerings of NNAISENSE, what we provide is a technology that can twin, literally bring in the digital world, some physical component or an actual industrial process.

“That is to say, you usually have a production where you collect a lot of data, you have these data lakes. So when we come in, we look at this data and we build a predictive model that can map this data to what happens in the future. Certain KPIs of interest and so on."

What do manufacturers need to consider when leveraging AI to bring down their energy costs?

“This is a very interesting question because it's not just what to do, but to me, at least this looks more at the aspect of proper planning. Because what we see after having engaged with major players and a lot of companies in the industrial space in manufacturing, is that they acknowledge that the use of AI is essential and this regardless of the topic of optimization. But nowadays in particular with respect to energy optimization.

“But the angle they come from is: ‘We know that AI is a tool’, but then, they don't bring AI teams in very early on to define a plan where AI fits. Oftentimes, you're called in for: ‘Let's use AI here, let's use AI there" and then you discover that you actually have to roll back a few steps to make the data ready, to acquire enough knowledge about the process, to structure the data acquisition in a different way.

“This is not only making AI less effective, because you're trying to do something with what you have. But it's also making the path to transitioning to a lower energy requirement and lower footprint much longer. They have the knowledge that they have to have a plan and they have to engage with the AI partners very early on. I think this is essential."

Germany recently announced it's shutting down three of its six nuclear power plants as the country begins its switch to greener sources of renewable energy. How is this impacting local manufacturers?

“I don't want to enter into the politics, but it's clear that it's not possible to create renewable power plants with the wind turbines and whatnot in one year to sustain the entire energy needs of Germany or Europe.

“But it's obviously something that started to build awareness in these big players, important players in the German economy, to actually think of the energy consumption as one of the main indicators for their success. If they want to remain competitive, obviously on the one end and there is the necessity of Germany to provide the infrastructure with renewable energy that is sufficient for running the business.

“But on the other hand, there is the necessity for them to stay competitive and stay afloat, which means optimising their energy consumption because there is no other way obviously. I think this awareness is good for us, is good for AI and is good for the field in general. Because if we can optimise their processes, then we can only expedite the process of transitioning. I think that's all for the better.

“Obviously, one of the key issues that we will see coming more evidently at the centre of the attention will be the necessity to orchestrate the power grid due to the introduction, obviously of renewable sources that are way less predictable than fossil fuel sources. For example, I mean, if the sky is obfuscated with clouds, you don't get any energy out of your voltaic type system.

“But beyond that, you also get prosumer kind of scenarios. Now, everybody would like to transition to an electric vehicle. The electric vehicle can operate as a storage of energy, but is also in need of energy when you need to travel. You are also producing energy because you have voltaic type sources. Obviously, this poses an important challenge on how to actually organise and arrange the power grid in such a way that you can meet the demand."

As of today, how has the Russia-Ukraine conflict influenced the supply chain?

“As I said, this exacerbated the increase in prices. In many ways it will affect the supply chain to some extent. If energy doesn't come from Russia, it has to come from other sources. This poses the challenge, how to handle all of that complexity.

“What AI will not be able to do is to predict what the outcome of certain decisions nowadays would be, because obviously, nobody knows. AI needs a lot of data to describe what's happening and what's happening is quite unique. But let's say if we look at the effect of that, this is only making the case for going renewable.

“This is basically avoiding this intermediate step where we always claim to be slowly transitioning to renewables. Now, we actually have to do it because it's clear. With all this power we have with optimization and how to make use of what's out there, it’s going to be essential, because if you need as much energy and you can produce only so much energy, then the only way is either to produce more. But this takes a lot of time. Or to use less. We can act on both fronts and AI can act mostly on how to optimise it.”