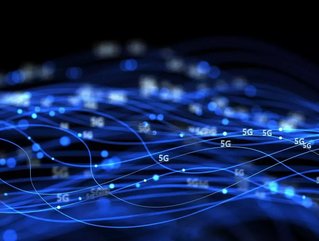 Conch Group has spoken about an automated production system that could save billions every year...

Conch Group, one of China’s leading cement manufacturers, has announced that its factories have significantly reduced their energy consumption whilst simultaneously increasing productivity, resource utilisation, and profitability, all thanks to modern technologies made available to them. This is, of course, the real-life utilisation of the ‘new kid on the block’, 5G.

The Conch Group have successfully integrated 5G and Internet of Things (IoT) into their factories, and now feature nationwide ended-to-end smarty factory systems, created in collaboration with China Telecom and Huawei. The factories have been in development since 2016, and according to He Chengfa, the company’s deputy general manager, “Compared with the chemical and metallurgical industries, cement is also a process industry. Most of the operations are still manual and vulnerable to human factors and influence. Our quality control so far mostly relies on human intervention, in terms of sampling and testing and controlling, so that involves a long cycle and delay of intervention.”

How Does A 5G Factory Work?

After two years of development, the smart factory concept was turned into a reality, with the first opening in Chuzhou, in the Anhui province, where a traditional cement factory has been transformed into an innovative hub of technological evolution and a stellar example of exactly what digital transformation can bring to the table. Speaking specifically to the Group’s global mining capabilities, He added that the company uses intelligent systems to control processes more effectively and efficiently, and said, “Our resources can be better utilised, and we also save energy; 70 percent of the energy we use is coal and power, and we save a lot of them, and we also enhance our labour productivity.”

It’s no small transformation, either. It begins with an intelligent management platform, which has both execution and marketing capabilities, as well as sales; once orders come in, the system passes them on the stage of mining and then moves on to the logistics of transporting limestone, and the eventual pulverisation of the material. “And then for the factory, we need to burn that limestone into ashes and turn it into dust.” He states that the cement-making process then moves to the production platform, dispatch system, and then quality control. “For the whole process, quality sampling, testing and feedback have all been automated. In operation and maintenance, safety and environment are all included in the platform.”

Historically, Conch Group managed all of their equipment manually, but now, through the use of 5G technology, they have autonomous driving vehicles with high-definition video monitoring. They also use unmanned aerial vehicles (UAVs) for monitoring their mines and factories, and systems that update terrain and activity features automatically.

He Chengfa rounded off his announcement by stating that, “If only one of the 40 production lines can be equipped with such technologies, we can gain 1 billion RMB a year.” That’s approximately US$147mn.

“We represent 10% of the Chinese market,” He added, “If solutions can be rolled out across the industry, the yearly gain will amount to 10 billion RMB (US$1.47bn). Last year, the industry earned about 160 billion RMB ($23.56bn) in total, so usually, the year profit is around 100 billion ($14.72bn). That means by such intelligent transformation, the profit can be enhanced by 10%.”