AI and data-driven insights at work at Aspen Technology 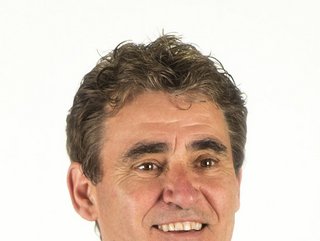 At software development company Aspen Technology, Mike Brooks is invested in using AI to remove mundane tasks for his workforce and prevent downtime

Mike Brooks has been in the manufacturing industry for a long time. He’s seen a lot, and he’s still learning. Brooks started his career at Esso in England, in advanced process control and operations planning. Later, in Canada, Brooks completed large projects on upstream oil drilling facilities. In 1986, he moved to the USA and worked for Chevron with industrial IT projects. He’s been with AspenTech for six years now, as Global Director of Asset Performance Management.

“It's been an exciting career for me,” he says. “I get to learn new things all the time.”

Brooks has always had an interest in learning about mining, but one educational experience stands out.

“I was 16, and I went on a trip into a mine underneath the North Sea. I went 4,000 feet down. The ceilings were five feet high and dripping water. That's the day I decided I was not going to be a mining engineer.”

Instead, Brooks went to Newcastle University to study chemical engineering but that, too, included a deep learning curve.

“I didn't do so well in my first year,” Brooks admits. “I partied too much and those kinds of things. They asked me to take a year out, and I went to Bradford instead. After four years there, I ended up coming fifth out of 200. So it was quite a turnaround for me.”

Manufacturing and AI software at AspenTech

AspenTech has been around since 1981, when it started creating digital twins, a piece of software designed to emulate real processes.

“We do all aspects of manufacturing operations now, from the design part to operations and maintenance,” said Brooks. “It's been primarily in process industries, but, more recently, we got into other industries such as metals and mining. We've done some transportation. We've actually broadened the portfolio of what AspenTech did and now can do.”

According to Brooks, new companies are more tech-savvy and they're no longer welcoming older practices.

“They want you to learn on the job. They watch the videos to see how it's done. Those are the types of kids we've got – but another serious aspect is that we see huge retirement in our industry and that's problematic for us.”

While many manufacturers reach the age of retirement naturally, some are retiring early as the workload involves so much technology, employees can’t keep up with it. AspenTech were aware of this, so they made their software easier for employees with lower skills to use and advised those people to return the learning.

“We're trying to put the expert on the inside, not having them on the outside,” said Brooks.

Another thing that has confused – and even frightened – some employees in manufacturing is the use of advanced software, but Brooks is adamant that this is to make employees’ lives easier.

“Almost like robots, they're going to do the hardware, the stuff that's boring and which takes a long time. The stuff where humans might make a mistake, because they do that over and over. This has been basically replicated all over AspenTech products.”

The idea is that as a result, humans can do what they do best: offer judgement and make decisions about what needs to be done.

“In the end, you're actually lifting the competence of the staff to a higher level. The software does all those mundane things lower down,” said Brooks.

Robots aside, how else can such technology protect the industry?

“With technology that supersedes human capability, the tech can compute hundreds of thousands of options in a short time. It can look at patterns and learn patterns of behaviour in many more dimensions than humans can. If something happens and you then don't see the results within a few seconds, humans have lost it. There are some things it can do that humans can't.”

From that, businesses may be able to get much more efficient work processes.

Science fiction tells us that AI will be used to outwit humanity, but Brooks sees it as a way to uplift humans.

“You're not expecting that AI technologies are going to take over the world. This isn't 2001: A Space Odyssey! We are actually doing a lot of Research and Development to basically lift the bar on that.” 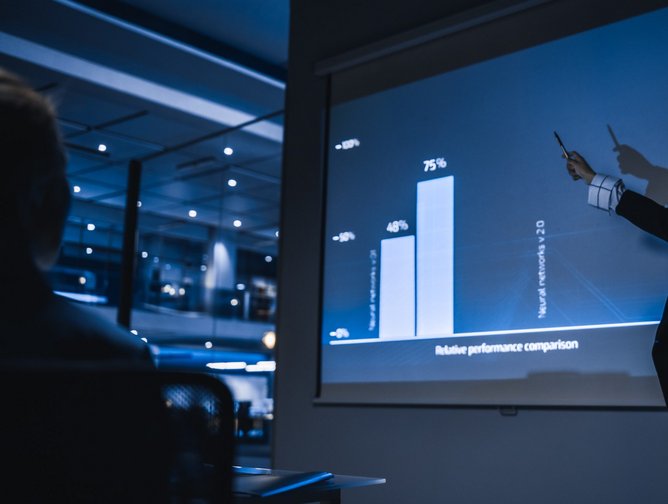 At AspenTech, the company knows that data-driven insights can increase reliability.

“What I like to talk about is availability, especially availability to plan,” says Brooks. “You want to be sure that, when you put the equipment in place, it's going to work reliably for a certain length of time. Often in a refinery, it's called a turnaround, and they run them every four years. So they expect it to run for four years, then they can pull it apart, service it and repair it. That's the general expectation.”

Predictive maintenance tools can also help to increase reliability by avoiding downtime – something the industry has seen a lot of over the past few years. As they say in every industry, time is money. But in manufacturing, a little warning can help a great deal, especially for the supply chain.

“The earlier you can do it, the better position you put them in. The superior products actually predict problems by examining multidimensional and temporal patterns in the sensor signals coming through, in ways that humans can’t.”

Manufacturers try to recognise those patterns in machine learning, so businesses can understand early and take action.

During his time at AspenTech – which included the height of the COVID-19 pandemic – Brooks has learned some powerful lessons, including about how he works best.

“My favourite thing, and the thing that's been best for me, is to be in front of people, to talk about and understand their problems, and make sure that that gets fed back into the product. You have to know them intimately. You have to know their work process in order to make the right products. Otherwise, you're just throwing technology at people and that doesn't work.”

Whatever comes next for the manufacturing sector, Brooks will find something to learn.