Asia Relies on Domestic Demand as Manufacturing Activity Picks Up 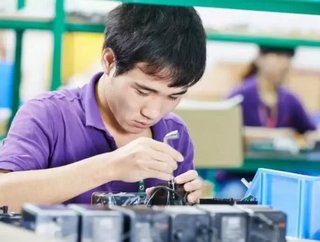 Manufacturing activity in Asia's industrial powerhouses China and Japan gained pace in June, fuelled mainly by improving demand at home, but a long-awaited bounce in exports remained slow in coming.

But the surveys' new export indexes, which gauge the strength of overseas demand, showed only tepid growth in a sign that the region has yet to capitalise on an uneven recovery in the euro zone and delayed upturn in the U.S. economy.

"The economy continues to show more signs of recovery, and this momentum will likely continue over the next few months, supported by stronger infrastructure investments," said Qu Hongbin, chief economist for China at HSBC.

The surveys showed export orders growing only marginally, and policymakers in Beijing and the rest of Asia will be looking ahead to U.S. data to confirm that the world's biggest economy and Asia's major export market has finally put its weather-beaten start to the year firmly behind it.

With an April 1 sales tax increase still acting as a drag, the Bank of Japan's business optimism gauge dipped in the second quarter, but companies expressed optimism about the outlook, declaring readiness to boost capital investment and output.

Economists expect a recovery in coming months in both exports and consumer demand, which is being supported by continued hefty central bank money injections and government spending.

The Markit/JMMA purchasing managers' index for June showed factories were already cranking up activity, with its main gauge coming in at 51.5, above the preliminary reading of 51.1 and topping the 50-point mark for the first time in three months.

Yet, as in China, an anticipated rebound in exports remained elusive, with the new export orders index still contracting marginally.

In Indonesia, Southeast Asia's largest economy, manufacturing activity rose to a record solely on the back of the strength of domestic demand that offset a dip in export orders.

The impact of disappointing exports was on full display in South Korea, Asia's fourth-largest economy, which unlike China or Japan cannot rely on domestic demand to take up the slack with high household debt weighing on consumer demand and the government cutting back on its spending.

India, the continent's third-largest economy, bucked the trend, owing the rise in its manufacturing gauge to a four-month high primarily to improved overseas demand.