Autonomous robots could save the labour gap in manufacturing 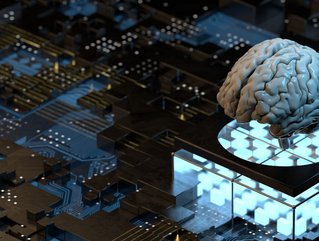 In the first months of the pandemic, autonomous mobile robots (AMR) were sought after as the solution that enabled social distancing in warehouses, manufacturing plants, and distribution centres.

According to my colleague and industry expert, Melonee Wise, VP of Robotics Automation at Zebra Technologies and founder of Fetch Robotics, a Zebra Technologies company, AMRs could be used to transport everything from raw materials and parts, picked and returned items, and even waste and recycling from one worker to the next. By eliminating direct handoffs, the risk of also passing along COVID-19 was reduced.

Now, businesses are again turning to AMRs as one of the best ways to close the labour gap.

Social distancing felt restrictive, but it showed us that people don’t need to work in close proximity to keep production, fulfilment or even reverse logistics processes running smoothly. They just need AMRs nearby.

Today, workers can stay in a single warehouse area all day long and still produce, pick, pack or put away more items than ever before. It’s because robots can take on the work that employees really don’t need or want to do, such as running back and forth to ensure raw materials, finished goods, and empty cardboard boxes get to the right place at the right time.

In fact, one business saw its productivity rise 70% higher within days of augmenting their workforce with AMRs. For another business, that translated to a 25% increase in throughput. 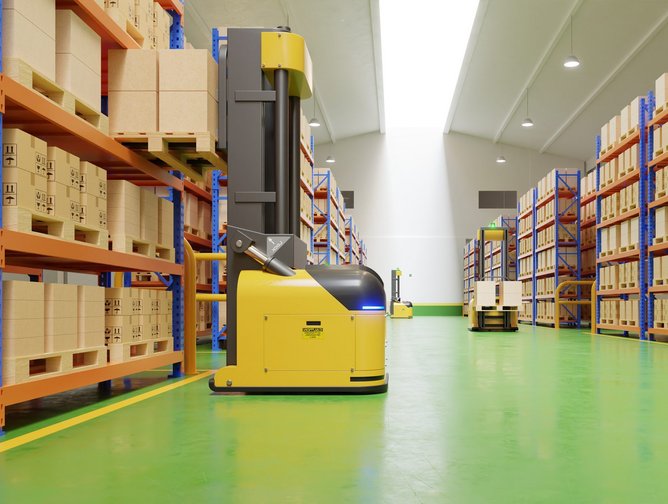 Much like an orchestra or musical band, each member is playing a different instrument in a coordinated manner that allows them to give a harmonious performance. But if one performer forgets a note, their role and the performance is jeopardised. Sure, they may be able to recover and keep going, but at what cost?

Some describe supply chain operations as “controlled chaos.” Though technically a linear flow from the first mile through the last, the truth is that there are so many different branches stemming from that “line” that it can be difficult to keep track of what’s where and who’s doing what.

The same is true at more granular levels, such as a factory or distribution centre. Though well-defined processes guide workers through each task to get goods from point A to point Z, some are flowing consistently in a singular fashion, and some require concurrent and coordinated actions to ensure everyone and everything lands at the right place at the right time.

In supply chain operations, one wrong move or mis-pick could have more severe financial or safety-oriented consequences, as well as a possible negative effect on job satisfaction. That’s why it’s so critical to ensure everyone can successfully and safely move in unison, even when they are technically moving in different directions throughout a facility. With AMRs, you can set up safe travel lanes, schedule coordinated meetups with human counterparts, and minimise the amount of physical movement required to get through task lists.

Labour shortages are being felt across Europe, including in the warehousing and logistics sectors. But what if we could offset these losses simply by investing more in AMRs?

By utilising mobile robots, businesses could maintain operational continuity even when facilities are only staffed at 50%, for example.

It takes a lot of strength and stamina to push heavy carts up and down miles of aisles in a warehouse. Though walking is good exercise, having to speed-walk nonstop for eight-plus hours a day will take a physical and mental toll on anyone. One major logistics company said it saved its team nearly 20,000 miles in “manual travel” each day by employing AMRs – and that was in a single distribution centre.

Better yet, we also give ourselves the opportunity to employ people who may not have been able to work in labour-intensive roles in the past – which might be the only way to fill all those open jobs.

One non-profit that offers skill-based training and warehousing services has empowered hundreds of visually impaired workers to work independently simply by deploying AMRs to move empty carts and assist with case picking. Just think how many more manufacturers, warehouse and distribution centre operators could be employed if they augmented their workforce with mobile robotics. People of all abilities would be able to join the team, make an immediate impact, and help build more inclusive workplaces.

For Autonomous Mobile Robots, it’s not if, but how fast

Though automation may be considered ubiquitous in manufacturing, warehouse operations are ripe for automation and, specifically, mobile robots. The labour shortage is driving record demand for AMRs.

ABI Research expects there will be over 500,000 global shipments of mobile robots to warehouses in 2030, with a Compounded Annual Growth Rate (CAGR) of almost 40% between now and then. Despite the necessity of these investments, they provide the value-add of agility amid new trade and economic opportunities.

Demand for AMRs is accelerating. Businesses may not be fully versed on the technicalities of the robot, but they do know it’s in their best interest to utilise them across multiple functions.

Within hours of arrival, AMRs can be fully operational and productive – and workers can become exponentially more valuable and productive, regardless of their past experience or current skillset. Employees can be visually and verbally guided through workflows that are choreographed by process engineers.

If something isn’t working as smoothly as it should, then a few adjustments to the “choreography” on a mobile computer, PC or other internet-connected device will get workers and robots back in sync and moving through production, fulfilment, and other logistics processes with ease. Workers can get more done each day without feeling burned out and you can scale operations to better manage velocity and throughput as market dynamics dictate.