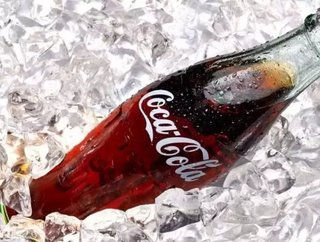 Drinks behemoth Coca-Cola will celebrate the centennial of its iconic &lsquo;hobble-skirt glass bottle with art exhibitions, a global media campaign and...

Drinks behemoth Coca-Cola will celebrate the centennial of its iconic ‘hobble-skirt’ glass bottle with art exhibitions, a global media campaign and a commemorative song composed for the occasion.

The main show celebrating 100 years of the iconic design will be held at Coca-Cola’s HQ in Atlanta.

Atlanta's High Museum of Art will open an exhibition, “The Coca-Cola Bottle: An American Icon at 100,” that includes works from artists such as Andy Warhol, who over the past century depicted the world famous bottle.

“The High is honored to present this exhibition celebrating an iconic American design that has influenced artists from the 20th century to the present day,” High Museum director Michael E. Shapiro said in a statement.

As part of the centenary the company challenged contemporary designers from many countries to ‘reinvent’ the bottle for ‘a modern audience,’ and their efforts are presented in the exhibitions and a book.

A global marketing campaign will bring consumers closer to figures such as Marilyn Monroe, Elvis Presley and Ray Charles to refresh their experiences when they were ‘kissed’ by the famous bottle. There will also be centennial ads on television and the release of “Nobody Like You,” a song written by singer and composer Francesco Yates.

The history of Coca-Cola’s most iconic bottle