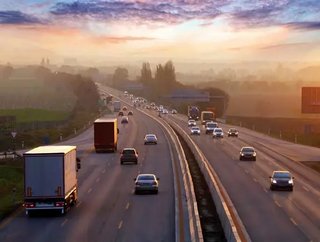 The Germany-based automotive company, Daimler, has announced that Ola Kaellenius is set to replace Dieter Zetsche as its chief executive. The move will...

The Germany-based automotive company, Daimler, has announced that Ola Kaellenius is set to replace Dieter Zetsche as its chief executive. The move will see the makers of Mercedes-Benz led by a non-German boss for the first time in its history, BBC News reports. Following the news, Manufacturing Global looks at five things about the new chief executive.

The new Sweden-born CEO becomes the first non-German CEO to represent the company. The change is thought to be considered a cultural shift, with the automotive giants looking to Mr Kaellenius to steer Daimler into the digital future.

The incoming boss becomes the first leader of Daimler without a mechanical engineering background. Mr Kaellenius studied finance and accounting at the Stockholm School of Economics in Sweden and at the University of St. Gallen in Switzerland.

Mr Kaellenius has a significant amount of experience at Daimler, having initially joined the company as a trainee within the International Management Associate Programme in 1993. Since then, Mr Kaellenius has worked his way up through the company, with his most recent role being a Member of the Board of Management of Mercedes-Benz Cars Marketing & Sales, a post he has held since 2015.

In a bid to distance himself from traditional management, Mr Kaellenius has been described as being more informal than other CEOs. When attending tech conferences, he is usually found wearing jeans, trainers and a shirt with no tie which reflects a more casual leadership style.

According to Compelo, outgoing CEO Mr Zetsche said of his replacement: “In various positions at Daimler, Ola has earned not only my respect, but also the recognition of his colleagues in very diverse areas.”

“At the same time, he contributes a valuable international perspective.”