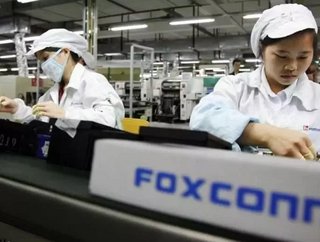 Reuters reported that Foxconn is planning to cut its massive workforce due to declining revenue growth and rising wages in China. According to the Reuters report, which interviewed special assistant to the chairman and group spokesman Louis Woo, Foxconn was considering a reduction in its workforce of 1.3 million people.

“We’ve basically stabilized [our workforce] in the last three years,” Woo said, according to Reuters, which also reported he answered “yes” when asked whether the company plans to reduce overall employee headcount. Woo did not specify a timeframe or target for the reduction, but noted that labor costs had more than doubled since 2010.

Woo also said automation will be key to keeping labor costs under control in the long-term, and that the company would have robotic arms complete mundane tasks currently done by workers.

Foxconn later, however, sent a clarification to media outlets strongly denying that layoffs are a possibility or that automation would reduce jobs.

“A media report that alleges that our company is reducing its workforce is completely inaccurate and totally without foundation,” Foxconn said in a statement. “We continue to recruit employees to support our business and operations globally and we continue to maintain a workforce of over one million employees worldwide.

“As we have long said, Foxconn is investing in the automation of many of the manufacturing tasks associated with our operations to enable our employees to focus on high value-added elements in the manufacturing process,” said the company.

“As we continue to increase the application of automation in our operations, the magnitude of our employee recruitment is expected to decrease in the years ahead, but we have no plans to reduce our workforce numbers now or anytime in the future.”

Foxconn revenue grew by double digits from 2003 to 2012, but recently tumbled to 1.3 percent in 2013 and 6.5 percent in 2014. During the same interview with Reuters, Woo said the company expects smartphone prices to keep falling. “Even if technology is improving, the price will still come down,” he said.

Research firm IDC predicted that smartphone sales in 2015 will grow by half the 26 percent rate in 2014, and that the average smartphone will sell for 19 percent less in 2018 than last year’s $297.

Last summer, Chairman Terry Gou, urged shareholders to “be patient, don’t be in a hurry” about the company’s potential evolution beyond making iPhones. Last March, Foxconn said it would hire up to 15,000 people in Taiwan for new research and development positions.