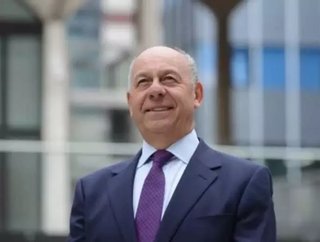 Joe Greenwell recently became a member of the main board with his position as one of three new non-executive directors.

Prior to his work for Xtrac, the chairman has worked as Chief Executive for the government’s Automotive Investment Organisation, which was established in 2013 and is now part of the Department for International Trade.

Greenwell has also served as a board member of the High Value Manufacturing catapult since 2012, and is a chair of the RAC Foundation and the University of East Anglia Council.

Greenwell has been working in the motor industry for almost 50 years, with companies such as Jaguar Cars and Ford.

Greenwell was also awarded a CBE in the Queen’s birthday honours list of 2011, for his years in the industry.

“I’ve followed Xtrac with interest from its first ever participation in The Manufacturer MX Awards, when I was on the judging panel back in 2010,” Joe Greenwell commented.

“Despite being a new entrant, Xtrac took top honours in the Advanced Manufacturing Category, [it also took home the coveted title of Manufacturer of the Year at The Manufacturer MX Awards 2014].”

“I was not surprised to see Xtrac returning again to be crowned the overall winner in 2014; it’s an archetypal up-to-the-minute manufacturing company that sets a benchmark for other SMEs to follow – operating in a sector forming a key part of the UK government’s industrial strategy.”