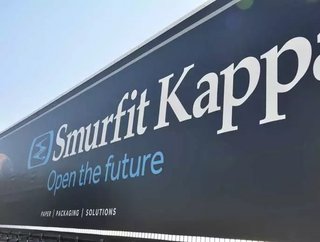 The Dublin-based company, Smurfit Kappa, has collaborated with an artist to produce corrugated boxes into art. The artist, Olivier Grossetête, has pro...

The Dublin-based company, Smurfit Kappa, has collaborated with an artist to produce corrugated boxes into art.

The artist, Olivier Grossetête, has produced two spectacular and creative installations through the use of thousands of cardboard boxes.

Created as the first design was a 20-metre high, 4250kg model of a historic church, which was constructed by over 2,000 local residents and visitors, in order to celebrate the 1250th birthday of the town of Deventer in the Netherlands as part of an outdoor theatre festival.

The other design was a recreation of Berlin’s Brandenburg Gate to commemorate the 2018 European Athletics Championship which was co-hosted by both cities last week.

The design of the famous gate was developed in Glasgow over 5 days by over 450 people.

“Smurfit Kappa has a strong tradition of supporting events in the communities in which it operates,” said Saverio Mayer, Smurfit Kappa CEO of Europe.

“It was a very rewarding experience to collaborate with such a talented artist to bring these breath-taking and important cultural pieces to life.”

Smurfit Kappa’s Tannochside Plant aided the celebration by donating 1,600 boxes which were utilised in the creation of the giant arch at Glasgow Green.