As UK Manufacturing Continues to see Growth, the US May also be Poised for a Comeback 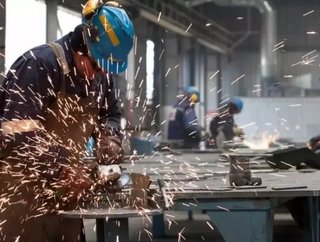 Manufacturing growth in the UK is continuing to rise steadily and it would seem there are also signs of a turnaround in fortunes for manufacturers in th...

Manufacturing growth in the UK is continuing to rise steadily and it would seem there are also signs of a turnaround in fortunes for manufacturers in the US.

Research firm Markit’s latest report revealed that growth in UK output during April remained steady in the UK and has in fact grown every month since March last year.

The Markit/CIPS UK Manufacturing Purchasing Managers’ Index (PMI) slipped slightly from 57.3 to 57.0 but is still well above a reading of 50 which is the dividing line between growth and contraction.

Meanwhile the green shoots of recovery in US manufacturing are also being witnessed as the sector gears up to meet expected demand by taking on more workers.

Factory jobs, which have been falling in the US for decades, have gone up by about 600,000 over the past four years to more than 12 million people employed in the sector.

Also contributing to its resurgence is the fact that America has managed to keep its wage rises level steady unlike China, where earnings have risen at double-digit rates, effectively shrinking the Asian country’s manufacturing cost advantage by some four percent.

UK manufacturers have also increased employee numbers and seen increased figures for orders particularly in consumer goods, machinery and equipment and factory productions rates are expanding at a quarterly rate close to 1.5 percent.

Export orders also rose for the further consecutive month in May with increasing demand coming from the US, Asia, Canada, Europe, the Middle East and New Zealand.

For manufacturers on both sides of the Atlantic the emerging markets of Asia, Latin America and Africa remain the greatest long-term growth opportunities.