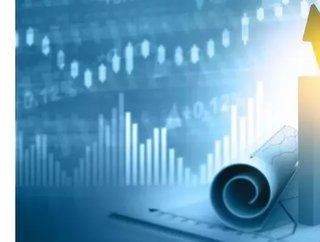 The Purchasing Managers Index results for 2020 indicate that manufacturing output and supply chain activity will continue to vary across the globe...

Latest figures show manufacturing demand has continued to rise as more world economies begin to emerge from the coronavirus crisis. Global factory output and new orders rose in November at some of the fastest rates seen over the past decade as demand continued to revive from the COVID-19 related lockdowns earlier in the year.

Rob Dobson, Director at IHS Markit, which compiles the Purchasing Managers Index, said: “Growth of the UK manufacturing sector picked up in November, temporarily boosted by 'Brexit-buying' among clients and the ongoing boost from economies re-opening following lockdowns earlier in the year.

“The effects were strongest felt among firms supplying inputs to other companies as warehouses were restocked, and among producers of investment goods such as machinery and equipment. The weak point was the consumer goods industry, which saw lower output and new order intakes amid depressed household sentiment caused by mounting job losses and the UK re-entering lockdown.

“Whether the upturn of manufacturing production can be sustained into the new year is therefore highly uncertain, especially once the temporary boosts from Brexit purchasing and stock building wane. On this front, some reassurance is provided by the survey's gauge of business optimism.

“Confidence has risen to a level not seen since late-2014, with over three-fifths of manufacturers (61 per cent) still expecting to raise output over the coming year. On the other hand, many manufacturers remain very concerned about the outlook and generally reluctant to expand capacity, hence employment fell for the tenth month in a row.”

Meanwhile, in mainland Europe, Germany's partial lockdown to contain the second wave of coronavirus slowed growth in the manufacturing sector in November. However, export-oriented companies remained optimistic thanks to strong demand from abroad, according to the PMI index. The manufacturing industry, which accounts for about a fifth of the German economy, fell to 57.8 in October from the two year high of 58.2 reached in the previous month. Any index figure above the 50-per cent threshold indicates growth.

The PMI survey chimes with high-frequency data such as Germany's truck toll mileage which has also suggested that the industrial sector is so far relatively unscathed by the second wave of the pandemic. Economic institutes nevertheless expect Germany's gross domestic product to shrink by up to 1 per cent in the fourth quarter after a stronger-than-expected 8.5 per cent rebound in the third and an unprecedented 9.8 per cent plunge in the second quarter.

The US manufacturing sector also continued to grow in November despite the coronavirus pandemic impacting employment, the ISM manufacturing index was at 57.5 per cent last month, slightly worse than expected but still above the 50-per cent threshold inferring growth. However, key indicators are slowing as the United States weathers the world's largest Covid-19 outbreak.

In Ireland, manufacturing growth accelerated during November after the sector was spared during the reintroduction of tough Covid-19 restrictions, its index number rose to 52.2, the third-highest reading since April 2019.