PMI: A Mixed End of 2020 for UK Manufacturing 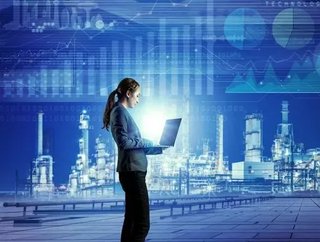 IHS Markit/CIPS Purchasing Managers’ Index (PMI) rose to a three year high in December, up from November. What does that mean for manufacturing...

In December, with Brexit looming, companies started to panic about the future of their business and manufacturing norms; for the sake of cost, people started to bring forward orders in an attempt to acquire stock before the end of the Brexit transition period. That, paired with the ongoing bounce from the re-opening of the global economy, boosted inflows of new orders and pushed output higher. However, port delays and other logistical disruptions meant that supply-chain delays lengthened to one of the greatest extents in the survey's history.

The seasonally adjusted IHS Markit/CIPS Purchasing Managers’ Index® (PMI®) rose to a three-year high of 57.5 in December, up from 55.6 in November. The PMI level was mainly boosted by a marked lengthening of suppliers' delivery times and the substantial increase in stocks of purchases as part of preparations before the end of the transition period (which also boosted new order intakes). Manufacturing output rose for the seventh month running in December, albeit to a lesser extent than one month ago. Growth was registered across the consumer, intermediate and investment goods sectors. The steepest expansion was at intermediate goods producers, while consumer goods output returned to growth following back-to-back contractions. Job cuts were made for the eleventh consecutive month.

December saw new orders rise at the quickest pace since August, as intakes improved from domestic and overseas sources. A large part of the latest expansion reflected clients bringing forward orders to guard against potential disruption caused by the end of the Brexit transition period (including delays at ports). Quantities of purchases rose at the third-fastest rate in the 29-year survey history, as companies built-up stocks in advance of the end of the Brexit transition period. Inventories of purchases subsequently increased to the second-greatest extent in the survey history (only March 2019 saw a stronger increase). Manufacturers experienced substantial disruption to supply chains in December. Vendor performance deteriorated to the third-greatest extent in the survey history, 'beaten' only by the increases in lead times seen during the pandemic’s first wave. Raw material shortages, port delays, freight capacity issues (air, sea and land) and Brexit concerns all contributed to supply-chain disruption.

Rob Dobson, Director at IHS Markit, which compiles the survey stated that “the Manufacturing PMI rose to its highest level in over three years in December, mainly reflecting a boost from last-minute preparations before the end of the Brexit transition period. Customers, especially those based in the EU, brought forward purchases, boosting sales temporarily. It seems likely that this boost will reverse in the opening months of 2021, making for a weak start to the year. Note also that the December PMI data were collected prior to the border closures, which will have led to further logistics and production disruptions for many companies.

“Worryingly, the manufacturing sector was already beset by near-record supply-chain delays even prior to the closure of Dover-Calais shipping. Manufacturers reported freight delays – especially at ports – plus shortages of certain raw materials and a lack of supplier capacity. Vendor lead times, a bellwether of supply-chain pressures, lengthened in December to a similar extent to during the first wave of the pandemic.

“UK manufacturers also built-up input stocks to one of the greatest extents in the 29-year survey history in expectation of heightened logistics issues continuing during the first part of 2021. If this is the case, as expected, the disruption to deliveries and production schedules, alongside the unwinding of Brexit inventories, may place the manufacturing recovery under greater threat in the coming months.”

Duncan Brock, Group Director at the Chartered Institute of Procurement & Supply: “New orders rose at one of the fastest rates since January 2018 in the last quarter of the year as both UK and European firms stockpiled goods and materials at a fair lick in an attempt to sideline further disruption this winter.

“This rush to secure supplies meant already stressed supply chains paid the price with some of the longest delays in the near 30-year survey history. Bunged up ports caused backlogs to rise to levels not seen for a decade and optimism for the year ahead dropped to a six-month low as the challenges for manufacturers just kept coming.

“After a severely turbulent year, UK makers still have a great deal to worry about. Job numbers continue to fall, and material shortages have resulted in the highest cost inflation since 2018. The sector is holding its breath until the terms of the new deal are fully understood and whether new business can be sustained in the same way in a post-Brexit marketplace.”