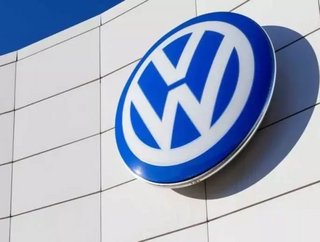 According to report, the automotive giant Volkswagen plans to use robots to cope with a shortage of new workers caused by retiring baby boomers. Accordi...

According to report, the automotive giant Volkswagen plans to use robots to cope with a shortage of new workers caused by retiring baby boomers. According to the company, the move to a more automated production line would ensure car manufacturing remains competitive in high-cost Germany.

Similarly to other manufacturing outlets, VW is noticing a trend of ageing employees and predicts many of them will retire between 2015 and 2030. Furthermore a lack of skilled employees joining the business is forcing the company to look for alternative solutions.

Writing in Germany’s Sueddeutsche Zeitung on Monday, Horst Neumann, VW board member for human resources, said robots would fill some of the retiring baby boomers’ jobs, not people. He did however insist that robots would take over the more monotonous or unergonomic tasks allowing human employees to focus on more highly skills jobs.

“We have the possibility to replace people with robots and nevertheless we can continue to hire the same amount of young employees. Or put the other way: we would not be able to compensate for this outflow of retirees by [hiring] young employees,” he said in a statement.

Neumann added that a factory devoid of humans is “neither realistic nor desirable” and made it clear that the move to automation would not increase unemployment in Germany.

Automation in the manufacturing sector is essential for the likes of VW to remain competitive and produce the high volume of vehicles required to meet demand, however some employees fear that they will become surplus to requirement should robotics continue to make significant advances.

The automotive industry is already by far the largest user of industrial robots and continues to see further potential for their use. For example, robots remain comparatively rare in the final assembly area where workers must carry out intricate tasks in the vehicle interior. However a new era or collaborative robotics, which can work side by side with human employees, could soon be introduced.

From a cost perspective it also makes sense for large manufacturing companies. Neumann said robots that carry out routine tasks cost VW about €5 an hour over their lifetime, including maintenance and energy costs. This compares with about €40 an hour in labour costs per worker in Germany (including wages, pension and healthcare costs) and less than €10 in China.

“New generations of robots will likely be even cheaper. We must make use of this cost advantage,” the VW board member wrote.