How Robotics can transform the Middle East’s supply chain 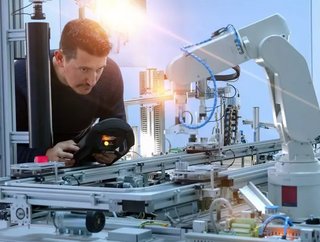 In a bid to mitigate against any future disruptions, it’s vital to reshore and localise production to guard against any potential issues later down the line.

The Middle East is in a period of significant transformation. Against the backdrop of the Kingdom’s Saudi Vision 2030, UAE’s Vision 2021 and Strategy for the Fourth Industrial Revolution, change is everywhere.

With the Middle East’s smart factory automation market anticipated to reach a record-high $17bn during 2020, according to Modor Intelligence, it has become more important than ever before for the region’s manufacturers to introduce advanced robotics to drive innovation and support business continuity.

Automated robots are set to play an influential role in supporting reshoring and local manufacturing. With automated robotics becoming more accessible and affordable, they are ideal for small companies, manufacturers and the agricultural industry.

In factories, robots could enable enhanced production of medicines and personal protective equipment, while in agricultural production, robots could help to plant, monitor and harvest crops safer, faster and more efficiently. Some industry experts believe robots are well placed to take on dangerous or mundane tasks, working alongside people to increase production, scale efficiency and create more business opportunities.

Robotics allows for the creation of new domestic jobs through reshoring, as businesses bring their production and distribution home. A new channel of jobs and opportunities in programming, engineering, AI and technology-based careers could be created as robot fleets are programmed and managed. It's clear that the future of automation and robotics is exciting and it's paramount that its adoption is widespread across manufacturers in the Middle East in order to remain leading players in the industry.