Hybrid Working: Could it be the Future for Manufacturing? 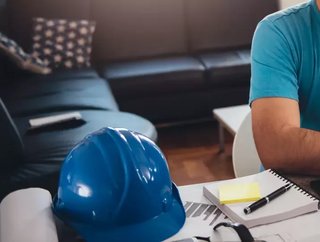 Speaking to Infor’s Global VP and Head of Vision and Strategy, Matthew Bragstad, we get to the bottom of this question...

As with any sector that is predominantly a deskless workforce, Matthew Bragstad, Global VP and Head of Vision and Strategy at Infor, notes that the manufacturing industry will be “one of the more unique cases when thinking about hybrid work models. Blue-collar workers became essential as we transitioned into COVID protocols, but at the same time, almost all technology spend was focused on office workers transitioning to remote work.

“I firmly believe that hybrid or remote work can be a competitive advantage for manufacturers. While the idea of working remotely isn’t obvious for people that need to be on the manufacturing shop floor, there are parts of a hybrid strategy that can be explored by providing the flexibility to manage their schedules, automate shop floor processes, enable access to HR data anywhere, anytime, and so much more.”

When it comes to the technology and infrastructure needed to get manufacturers on board the hybrid workforce train, Bragstad says: “it should be obvious, but unfortunately it is still pervasive in our industry that we have to get rid of any paper processes and manual ‘workflows’. I run into organisations all the time that are replacing dot matrix printers and manila envelope systems that have been obsolete for the last two decades … Heck, I even ran into triplicate forms. I didn’t even know they made those anymore.”

Despite this hurdle to overcome, Bragstad is certain of one thing - technology. “Technology is definitely the answer, but more specifically, cloud-based, intuitive, frictionless, mobile-first technologies have to be the north star. These systems need to be able to talk to each other and run without someone from IT hovering over them, whispering sweet nothings to keep the servers humming.

“Professional elastic cloud-based infrastructure is key, with security and connectivity as part of its DNA. Engagement, connectivity, self-service, and communication tools are all a close second tier, but none of them work if the foundation is not strong.” Expecting to surprise many due to spending most of his career in software, Bragstad’s answer to whether the investment in a digital workforce will be a key influencer in driving the adoption of a hybrid workforce is - no. “It is not the key influencer but only a small part of the adoption of hybrid work. The key driver for the success of this type of engagement is intentionality, communication, and transformation of an organisation’s cultural expectations.

“Having said that, this is not about giving complete control and power to employees without checks and balances. I have seen many structured ‘work where you are’ programs deliver greater levels of productivity while at the same time creating happier, more engaged employees.”

Could There be a ‘One-Size-Fits-All’ Approach to Hybrid Working in Manufacturing?

Putting it simply, Bragstad comments: “there is no such thing as one size fits all in anything that we do. Companies can model other organisations, but ultimately, they need to put their own stamp on any initiative. If anyone tells you they have a plug and play solution to hybrid, you should shut the door. It is so much more than technology. Find partners that are flexible and are focused on empowering your people and future-proofing your organisation.”

Having said that, there are commonplace benefits and challenges for manufacturers looking to adopt a hybrid working approach. “As workers compare how they thought remote work would affect their lives versus what actually happened, a surprising realisation has come to light around an increased sense of community. Most employees anticipated that as they moved into their homes to work, they would feel disconnected from their peers, but 18 months after the start of the pandemic, the opposite has happened. “Because all of us were going through the same experience, with the same challenges, we all had something in common, and with the magic of video conferencing, we were all invited into each other’s homes. We now know more about our coworkers than ever before … their spouses, their kids, their pets all came into focus as the chaotic days of working from home unfolded. People created deeper, more lasting, more accepting connections, which has turned out to be one of the greatest benefits of the impromptu work from home move,” explains Bragstad.

“Interestingly, the greatest challenge is not something that HR had to contend with before, and that is loneliness. While for some, the challenges were around managing kids, barking dogs, and crazy schedules in overflowing houses, for others that do not have all of those distractions, the silence became deafening. More people adopted dogs in the last 18 months than during any other span in the US, mostly tied to needing a distraction beyond working all hours of the day or trying to break the silence. People bringing the baggage of loneliness and depression into work was the major dis-engager of an already stressed workforce, and HR organisations that took it upon themselves to tread in this previously foreign territory saw positive results.”

So Was Hybrid Working Always Inevitable, or is This a New Trend Born Out of the Pandemic?

Bragstad does not believe that hybrid working was inevitable, but he does believe it has been empowering. “Work-life integration, something that is so much more lasting than trying to find work-life balance, has transformed a remote workforce to an entirely new level of engagement. Being able to work when and where is most convenient, driving new levels of productivity and new paradigms that can deliver value for an organisation beyond 40 hours a week.

“Companies always knew there were better ways to do things but stayed the course due to fear. It took something as dramatic as the pandemic to create the inertia to be brave enough to take the plunge, and now that we have seen how it can be, we cannot unsee it. And through all this, it’s magnified that people are at the centre of it all. Companies need to offer the tools to empower their people to be their most successful selves, regardless of their physical work location.”

What Can We Expect in the Future?

Rest assured, Bragstad firmly believes that manufacturers will find their way. “They are going to strive to be agile, flexible, and intentional with their operations and communication. For the most part, though, we have been given the blueprint, and many leaders are brave enough to experiment,” says Bragstad.

“The bigger changes now are going to be for the deskless workforce that did not have the option to be remote or hybrid until now. They have been ignored for years, and over the last 18 months, none of the technology spend went their way, which has left them feeling very underappreciated. How I see the future for manufacturing here is a new level of technical capability for this workforce as they need it every bit as much as their remote peers. Technology that facilitates easier collaboration, quicker help when needed, support in the line of work, and most importantly, the ability to take their life back into their hands will be key to empowering workers to do their best work. Simple things like the ability to swap shifts so that they can have some of the flexibility of their remote counterparts does wonders towards capturing some of the same momenta as described above. This is where the focus for most manufacturing leaders should be if they want to unlock the true potential of their greatest assets, their employees.”

- Matthew Bragstad, Global VP and Head of Vision and Strategy at Infor.