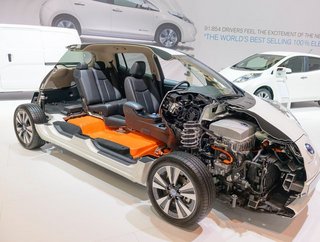 The high-density battery was enabled by a project funded by the Advanced Propulsion Centre (APC).

The outcome has seen Nissan’s Sunderland facility produce 40kWh battery cells, to be sold in the UK and Europe.

The batteries have been installed in the firm’s new electric vehicle, the LEAF model – which has improved the vehicle’s range and lowered Nissan’s production costs.

The project has led to Hyperdrive’s installation of its own production line using the 40kWH cell, as the first SME to be supplied the cell.

“This project exemplifies the value of consortia projects, with partners working together to exploit their capabilities, both jointly and individually,” stated APC’s Director of Technology and Projects, Jon Beasley.