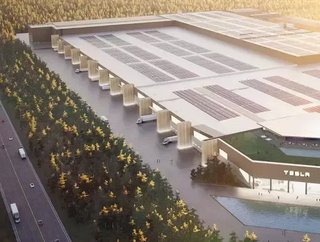 A brief timeline of Tesla’s Gigafactory construction progress over the years, furthering its efforts in sustainable energy and electric vehicles...

Tesla's mission to accelerate the world's transition to sustainable energy

Founded in 2003, Tesla was established by a group of engineers with a drive to "prove that people didn’t need to compromise to drive electric – that electric vehicles can be better, quicker and more fun to drive than gasoline cars." Almost 20 years on, Tesla today is not only manufacturing all electric vehicles, but scaleable clean energy generation and storage too.

"Tesla believes the faster the world stops relying on fossil fuels and moves towards a zero-emission future, the better," says Tesla. "Electric cars, batteries, and renewable energy generation and storage already exist independently, but when combined, they become even more powerful – that’s the future we want. "

In order to deliver on its promise of "accelerate the world’s transition to sustainable energy through increasingly affordable electric vehicles and energy products," Tesla's Gigafactory journey began in 2014 to meet its produciton goals of 500,000 cars per year (a figure which would require the entire worlds supply of lithium-ion batteries at the time).

By ramping up its production and bringing it in-house, the cost of Tesla 's battery cells declined "through economies of scale, innovative manufacturing, reduction of waste, and the simple optimisation of locating most manufacturing processes under one roof." With this reduction in battery cost, "Tesla can make products available to more and more people, allowing us to make the biggest possible impact on transitioning the world to sustainable energy."

Born out of necessity to meet its own supply demand for sustainable energy, Tesla began the construction of its first Gigafactory in June 2014, in Reno, Nevada, followed by its Buffalo, New York facility the same year. "By bringing cell production in-house, Tesla manufactures batteries at the volumes required to meet production goals, while creating thousands of jobs," said Tesla.

Tesla’s construction of Giga Nevada came to an end in 2016, the first of its Gigafactories to complete its construction project. The factory’s grand opening took place in July 2016, and by mid-2018 reached an annual battery production rate of 20 GWh, which made it the highest-volume battery plant in the world that year.

In 2019, Tesla selected Shanghai as its third Gigafactory location. The company constructed the factory in record time, taking just 168 working days from gaining permits to finishing the plant's construction.

The following year in August 2020, Tesla began the construction of its Giga Texas factory. The company’s third Gigafactory in the US is still under construction.

Looking to the future, Tesla expects to complete the construction of its Giga Texas and Giga Berlin factories in May 2021 and July 2021 respectively.