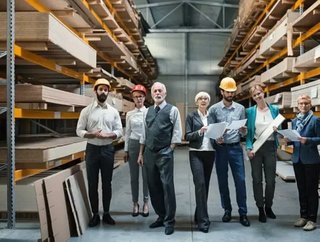 In the UK, the manufacturing sector continues to see a depletion in numbers, with many longstanding employees looking to retire in the next 10 years. In...

In the UK, the manufacturing sector continues to see a depletion in numbers, with many longstanding employees looking to retire in the next 10 years. In order to plug the gap and entice talent to the industry, the Trades Union Congress has stated its need for £1mn to support the growth of manufacturing and high-tech jobs by 2030, according to The Guardian.

“The rise in pay growth is little consolation for workers in the middle of the longest pay squeeze in 200 years, with real wages expected only to get back to pre-crisis level in 2024.  We need a plan that supports jobs and wages.

“That means the government putting the minimum wage up to £10 as quickly as possible, and it means giving unions the freedom to enter every workplace and negotiate fair pay rises,” commented TUC General Secretary Frances O’Grady.

In requesting for specific benchmarks or KPIs to be created in order to facilitate progress, the TUC has highlighted its views that the UK’s industrial policy. Since its implementation, its objective remains unclear, where minimal change has been put in place.

Bolstering job figures, enticing talent and improving employee pay remain key areas, where measurable targets could guarantee continuing productivity across the manufacturing industry (which presently accords for more than 40% of all UK exports) will remain vital to the UK economy.

“Too many parts of Britain have been held back by a lack of decent jobs. Businesses, government and trade unions need to work together, locally and nationally, to bring hi-tech industries to more places across the UK,” added O’Grady.

The TUC’s target of developing £1mn in manufacturing and hi-tech jobs will therefore work alongside the government’s aim to fully reduce emissions across the industry, where technology, particular green solutions will play a central role in promoting its sustainability goals.

Additionally, touching on the UK’s industrial strategy challenge fund, delivered by the UK’s Research and Innovation, the multi-billion fund will remain key to the development of future solutions and the subsequent growth of the industry, transforming existing industries, as well as creating new ones.

“It’s building on things that UK is strong at already. For example, there’s part of the challenge fund which is focused towards the automotive sector, there’s parts of it focused towards low carbon, and there are parts of it that are focused on new technologies, such as artificial intelligence, where the UK already has some strengths and osme potential to get really ahead of the curve internationally and start exporting those strengths to the rest of the world,” stated - Tom Thackray, Director of Infrastructure, CBI.