The US steel tariff could affect 6.5mn manufacturing workers 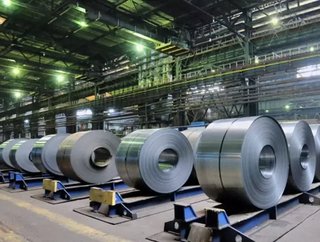 The President of US, Donald Trump, has announced a plan to introduce tariffs on the imports of aluminium and steel. The plan, announced 1 March, outlin...

The President of US, Donald Trump, has announced a plan to introduce tariffs on the imports of aluminium and steel.

The plan, announced 1 March, outlines that steel would be taxed 25% and aluminium 10%.

According to Moody’s Investors Service, although the proposed tariff will be beneficial for steel producers, it will most likely damage steel-consuming manufacturers.

The US is home to significantly more manufacturers who use steel then it is to steelworkers, as they total 6.5mn and 140,000, respectively.

“Workers in these consuming sectors will likely be hurt by higher steel prices,” analysts at Moody’s Investors Service stated.

“Domestic manufacturers could also eventually switch to importing whole components of finished products that are made from steel to reduce their product costs, which would lead to reduced domestic steel demand in the long term.”

“Although contractual mechanisms will help many manufacturers, we nonetheless expect that even well-protected companies will have to contend with a lag between the time that input costs rise and customer prices can be reset.”

“During this brief period, margins will tighten, particularly where last-in-first-out (LIFO) inventory reporting is employed.”

“A possible workaround would be to increase foreign manufacturing and ship from the foreign location.”

“This would require additional investment and time, but for those companies that had already considered expanding their foreign manufacturing base, the tariffs may make the decisions easier.”