Airbus to pay $1.4bn payout for delays in A400M program 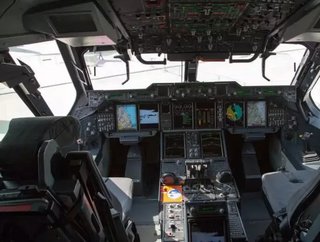 Due to delays on its A400M program, the aircraft manufacturer based in France, Airbus, will pay €1.3bn (US$1.4bn). The company confirmed the payout i...

Due to delays on its A400M program, the aircraft manufacturer based in France, Airbus, will pay €1.3bn (US$1.4bn).

The company confirmed the payout in its 2017 report, claiming the funds would alleviate the “impact of the adaptions on schedule, capabilities and retrofit” of the program.

The project is the largest and most costly aerospace launch on the continent – it was originally valued at €20bn ($24.5bn), but has gone significantly over budget.

The company has written off €7bn ($8.868bn) on the A400M project – a military transport airacft designed to challenge current C-130 and C-17 models manufactured by Lockheed-Martin and Boeing.

The program has been delayed due to mismanagement, ambitious claims and promises, and ineffective contractor decisions.

The manufacturing project was cut due to lack of funding, which was later supplied by buyer nations.

During the testing of an aircraft in 2015, it crashed and four Airbus personnel were killed.

“On A400M, we made progress on the industrial and capabilities front and agreed a re-baselining with government customers which will significantly reduce the remaining programme risks,” reported CEO of Airbus, Tom Enders.

“This is reflected in a substantial one-off charge,” Enders added.

In the space of a year, Airbus has produced 19 of its A400M aircrafts, 11% more than the 17 it made in the same review period of the previous year.