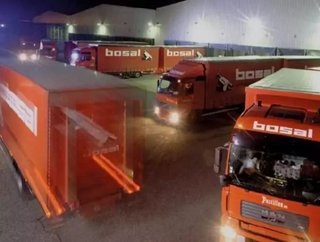 Human management is one of the great differentiators that have driven the development of Bosal business in Mexico. Human resource directors have endeavo...

Human management is one of the great differentiators that have driven the development of Bosal business in Mexico. Human resource directors have endeavored to keep all personnel trained, not only with rigorous programs, but also with educational exchanges in academic institutions in Queretaro.

Bosal has a low turnover of employees, clear evidence of growth opportunities offered by the company. The current Managing Director of Bosal in Mexico, Engineer Luis Palome, is a great example of this internal advancement. Palome has been part of the subsidiary since its establishment in the country in 1994, growing along with personal entrepreneurship and business expansion.

The Managing Director of Bosal Mexico is an industrial engineer and an executive who has led the leadership of the subsidiary in Mexico for the past six years. In an interview with Business Review America Latina, he mentioned: "Our employee skills have been the major success for Bosal in Mexico, this has allowed us to grow with the group and get new businesses."

As for the growth of branches in Latin America, the managing director said: "So far we have not planned to position ourselves in other countries. We believe that our current affiliates in both Mexico and Brazil, are allowing us to completely cover the Latin American market."

Innovations for the domestic and international market

"Bosal is a leader in Europe in this segment (towbars) and with this addition in our portfolio, we will seek to be leaders in North America," Palome said.

Bosal Mexico has commercialized all corporate innovations in local and international markets. In general terms, highlighting a more efficient design of parts, with the inclusion of progressive technologies.

The company has a department dedicated to the negotiations and management of local and international suppliers. Bosal Mexico seeks to strengthen local production with long-term relationships with domestic providers; otherwise, they will use the global strategy.

"Bosal has always sought providers nationwide for strategic reasons and to promote economic growth. However, we know that many commodities and products are not available in Mexico and this is where we use our global sourcing strategy, by using a volume strategy and competitive acquisition from other subsidiaries established on all five continents," Palome said.

Mexico is the seventh largest producer in the global automotive industry, attracting the arrival of car assembly plants that will increase the domestic demand of auto parts and components. The group is preparing for the imminent growth of this sector by investing to serve future needs.

"Although we have been expanding the plant in Queretaro, the fabric will grow 300 percent by early 2017, and we are about to open a second satellite plant in Coahuila. Also, by expanding operations with the new business segment of towbars, this will open the possibility of building a second plant here in Queretaro by the end of 2016," said Palomé.