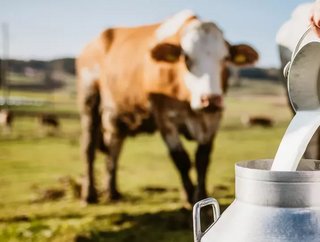 In an announcement made by Royal DSM at COP26, the global purpose-led science-based company for Health, Nutrition and Bioscience plan to realise its large scale production plans for its methane-reducing feed additive for ruminants, Bovaer.

Royal DSM plans to construct a new plant at its existing site in Scotland which will be supported by Scottish Enterprise. The government welcomes innovation and production that will ‘help lead the way for a net zero future’.

The company’s manufacturing site in Scotland has been in operations for more than 60 years. Engineering for the new site has begun and is expected to be set up in the course of 2025.

”First of all we are pleased with the Scottish government’s support of the buildup of our production capacity of Bovaer®, particularly within the context of COP26, where the importance of fast climate action through reduction of methane emissions is emphasized again. We are looking forward offering a scientifically proven effective solution to the challenge of methane emissions by farming. As food systems and climate crisis are intrinsically linked, addressing the challenge of sustainable animal farming for a healthy planet is pivotal,” said Geraldine Matchett and Dimitri de Vreeze, co-CEOs of DSM.

Crucial to the Paris Agreement target of a maximum 1.5-degree warming, reducing methane emissions is a quick payoff due to its effects being much more potent but shorter-lived than carbon dioxide.

Experts at COP26 emphasised the impact that additional focus on methane emission reduction can have, which was also highlighted in the recent global pledge to reduce methane emissions by 30% by 2030.

“Royal DSM’s Project Bovaer® has the potential to be a gamechanger for the world’s net zero ambitions and I am delighted that Scotland was chosen as the ideal location for this project. Alongside our partners, Scottish Enterprise worked closely with Royal DSM to build a strong relationship and provide support to help them choose Dalry as the target site for this global manufacturing opportunity. As we support sustainable economic recovery, this investment by Royal DSM provides a real boost for Scotland’s economy.  It also very much underlines the message we are sharing with the world: that Scotland is open for business,” added Scottish Enterprise’s Managing Director, Linda Hanna.

“Methane reducing feed additives are a crucial part of the solutions that the agriculture sector needs to deploy towards achieving climate ambitions. This multi-million-pound investment will make Scotland the home of this innovative product and highlights that Scotland is leading the way in delivering a net zero future,” commented Nicola Sturgeon, First Minister of Scotland.