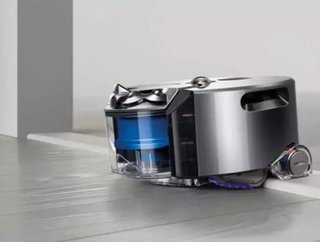 Dyson, the brand famous for reinventing the household vacuum cleaner, is building a new R&amp;D center in the UK to support its growing electronics desi...

Dyson, the brand famous for reinventing the household vacuum cleaner, is building a new R&D center in the UK to support its growing electronics design activity. According to reports, the company is placing electronics at the heart of its product development plans moving forward.

Dyson shot to notoriety by developing an innovative vacuum cleaner that didn’t require a bag. It also developed a bladeless fan and powerful hand dryer among other products. While the engineering of these products was sophisticated, there was not a huge element of electronics involved. In 2015, that is all changing at Dyson.

This year, the company is launching the Dyson 360 Eye robot vacuum cleaner and electronics will not only be part of the design but will define the product. In fact the introduction of the 360 Eye robot has placed Dyson at the forefront of home electronics and artificial intelligence in the home.

“We have the mechanical and software capabilities, but we still lack understanding – machines that see and think in the way that we do. Mastering this will make our lives easier and lead to previously unthinkable technologies,” says company founder, Sir James Dyson.

The future of household technology

Electronics hardware and software design has become an important element in product development at Dyson. So much so that the company is planning to create a new electronics development centre at its facility in Wiltshire, UK.

“If we look back at Dyson products over the last 20 years, there was not a lot of electronics in the early vacuum cleaners,” points out Claudio Zizzo global head of electronics at Dyson.

“Sir James Dyson was quick to recognise that electronics was no longer just an enabler within the product. With the 360 Eye robot, it is the product,” says Zizzo.

Zizzo, who has strong background in managing electronics design groups at Motorola and Rolls-Royce, was recruited by Dyson almost two years ago to build up the company’s electronics capability. “The company recognised that electronics was becoming a core element of future product development plans,” says Zizzo.

“In the consumer world the pace of development is very aggressive. Dyson is developing electronics technology on a very fast trajectory and we see a big opportunity to innovate,” says Zizzo.

A new robotics laboratory will also be opening at the company HQ in the next two months, paving the way for greater innovation. Furthermore, Dyson has recruited 60 electronics development engineers in the UK in the last 12 months and Zizzo says there are plans recruit another 70 engineers this year.

Taking robots out of confined spaces

Dyson also has a Dyson Robotics Laboratory at Imperial College London and is looking to apply the operation of robots beyond controlled environments, such as assembly lines where they work within a strict set of parameters - the idea being that robots could successfully navigate the real world by interacting safely with their surroundings given the ability process visual information in real-time.

The Dyson 360 Eye has a 360-degree camera and many sensors, which are used to model the robot’s environment in 3D. The robot can determine the layout of a room, but also distinguish between objects and determine their purpose.

Each house is different, points out Zizzo, so the robot must carry out probabilistic and heuristic analysis of the images and sensor data in real-time, which requires high performance digital signal processing and sophisticated software algorithms.

“A lot of learning takes place in the robot with the aim of getting maximum floor/area coverage with the minimum run time,” says Zizzo.

The electronics design activities within Dyson incorporate analogue and power circuit design as well as embedded processor systems design. There is advanced motor control for the four drive motors in each robot, for example as well as radio frequency circuit design for the Wi-Fi system.

The company, which has expanded its horizons from vacuum cleaner design to robotics, is not planning to stop looking for new areas in which it can innovate.

Last November, Dyson announced its plans for a £1.5bn investment for future technologies, including a £1bn for the research and development of new product technologies.  Zizzo believes electronics design will become a major element of future product development at the company.

“The products that come after this first robot will have even greater levels of electronics within them,” says Zizzo. “There is an electronics revolution taking place at Dyson.”