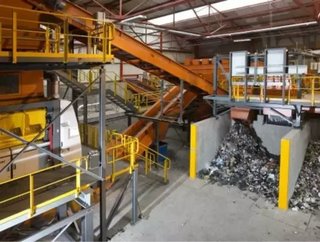 Defra statistics show that 177 million tonnes of waste is generated every year in England alone, and approximately a quarter of that comes from business...

Defra statistics show that 177 million tonnes of waste is generated every year in England alone, and approximately a quarter of that comes from businesses. However, it cannot be disputed that the hype surrounding the ‘reduce, reuse and recycle’ philosophy is greater than ever before, both at work and in the home. Progress is being made.

But when ‘waste’ materials are generated that cannot feasibly be reused or recycled, what are the options then? With landfill capacity becoming ever depleted and stringent 2020 landfill diversion targets looming, an alternative solution is required for the rubbish that we continue to create.

For some time, neighbouring European countries such as Germany and Denmark have been harnessing the potential of Solid Recovered Fuel, or SRF.

Manufactured to a quality specification, SRF is a resource from which energy can be recovered. It is produced from residual commercial and industrial waste and once sophisticatedly treated, it can be used in cement kilns, paper mills and power stations as an alternative to fossil fuels.

A report prepared by the Chartered Institution of Wastes Management (CIWM) and AMEC Environment and Infrastructure UK Limited, stated that potentially 26.09 million tonnes of SRF could be generated in the UK and Ireland.

Considering SRF has the ability to satisfy around five percent of the country’s energy requirement, and that approximately 50 percent of SRF material is considered renewable, the manufacturing of this fuel substance is very important indeed.

The production process works by taking pre-sorted commercial and industrial waste, that has already had valuable commodities such as paper, metal, glass and wood removed from it for recycling. The residual ‘waste’ that would once have gone to landfill, can then enter the SRF manufacturing system.

The first crucial machine within the process is a pre-shredder which slices the material up to produce a coarse fraction with approximately a 150-300mm particle size. This primary shredding technology reduces the bulkiness of the waste to prevent blockages when it progresses further into the plant and to ensure it can be treated more effectively moving forward.

The material then typically runs over a magnet band to extract ferrous metals before entering a vibrating finger screen which sifts out soils and fine materials.

Other technologies can also be used to refine the material along the way; an air separation box for instance removes large lumps of materials, a cylindrical trommel separates materials according to size and an eddy current separator extracts aluminium that could damage the secondary shredder.

The extra materials that are salvaged as part of this rigorous separation process can be sold for recycling, creating a further revenue stream for the SRF manufacturer and increasing the production margin.

The remaining material must then pass through a post shredder so that it can be precisely cut down to a light and homogenous fuel substance, with a typical particle size of less than 30mm.  The technology can of course be configured to suit varied end user specifications, but a moisture content of less-than 15 percent and a calorific value of 18-22MJ/kg appears to be the norm.

While still an emerging market, the value of SRF as a fuel is being increasingly acknowledged in the UK. However too many people still view SRF as a waste treatment technique rather than a crucial element of an energy production process, which it in fact is. This is largely because SRF can still not be classified as a product, despite it being made to a precise specification.

If people were to take a closer look, they would see that the sophisticated SRF plants being built do not resemble waste facilities as many would expect. They are state-of-the-art production hubs that incorporate principles such as lean manufacturing and TQM to produce a resource.

They are managed in much the same way as automotive plants, to give an example. There is a focus on achieving a product of a certain quality, at a certain time, and at the most attractive possible price.

This satisfies existing customers and helps attract new business. The reduction of system waste such as labour and machinery downtime is also a priority, in order to improve efficiencies and diminish overall production costs.

And the process is tweaked on an ongoing basis to optimise productivity and capital equipment utilisation, and to enable both alternative fuel producers and end users to reap the greatest possible return on investment.

A significant role to play

The UK still has some way to go to match the performance of many other European nations, when it comes to the production and utilisation of SRF. Also, SRF is not a panacea. In line with the UK’s waste hierarchy, the priority should of course be the prevention of waste at source, and progress is being made to reduce the level of rubbish being generated in the first place.

However, for as long as waste continues to be generated, and where it is not physically or economically feasible to reuse or recycle it, it is clear to see that SRF has a significant role to play.

From the outside looking in, the systematic nature of SRF production plants makes everything look incredibly straightforward. However the beauty of this modern processing technology means that very comprehensive plants can be run with utmost ease.