How will UK strikes affect business? 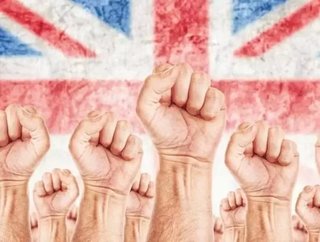 Various big businesses in the UK are striking on the run-up to Christmas, and it is unclear how exactly this will affect the nation. Guglielmo Meardi...

Various big businesses in the UK are striking on the run-up to Christmas, and it is unclear how exactly this will affect the nation.

“The long-term trend in strikes is declining and an occasional tactical peak before Christmas does not change this. In industrial countries days lost on strikes are 20 times fewer than in the 1970s, and this fall has happened everywhere regardless of business cultures, governments or trade union policies, so it is structural: employment has shifted from manufacturing to services, and from large companies to smaller ones.

"And the trend even accelerates because of generational change: new occupational groups may have no tradition of strike at all, or even know how to go about organising a strike.

“So there’s no realistic risk of going back to the winters of discontent or the bad old days.

“The problem is rather why we have not entered into a radiant future either. Even if strikes are much smaller and shorter, they have not disappeared. And they have become smarter: short actions by small but crucial groups in vital positions of transport, services, and logistics.

"A growing problem is strikes in essential public services, where there are ‘externalities’ that magnify disputes and make them more difficult to solve. Most countries have introduced special legislation to reduce the impact of those strikes, with varying degrees of success.

"The Trade Union Act 2016 tried to do the same, and while its provisions are still to be implemented, the current actions (which would have all met the new ballot thresholds) suggest that it may have missed its target.

"It might reduce large sector-wide strikes in sectors like health and education, but it may fragment and multiply disputes if unions react by focusing on small, cohesive professional groups that are easier to mobilise, thereby making the whole employment relations more unstable, unpredictable and, worst of all, mistrustful.”