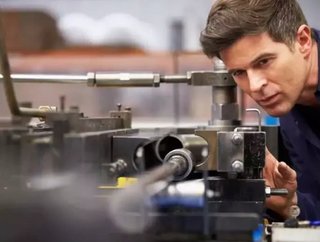 A basic tenet of mass production is that making things in batches is the most effective means of manufacturing. So it comes as a surprise that lean manu...

“It’s counterintuitive in the minds of many,” Duclos, president of Michigan-based Freudenberg-NOK Sealing Technologies, recently told Forbes.   Having spent years pondering how to improve manufacturing processes, he’s convinced he’s on to something.

Instead of using a massive injection-molding machine to shape a group of thermoplastic pieces simultaneously, Duclos is promoting a system of small, single-cavity presses that generate one perfect piece at a time.

The concept could be revolutionary. One two-year study of seals that were produced using the single-cavity process found a 20 percent improvement in quality with similar cost savings. And since molded parts are inside nearly every consumer product on earth, Duclos’ ideas could affect manufacturers everywhere.  They could be especially effective in precision industries like automotive, construction and agriculture, where consistency and quality is key.

Early results have been good.  Chrysler was looking to replace a piston in its automatic transmissions with a more cost-effective and lightweight alternative. Freudenberg-NOK worked with plastic supplier Chevron Phillips Chemical and used the single-cavity injection-molding process to produce a piston as durable as the aluminum one it replaced.  The improved piston was 30 percent lighter and had six times better quality. There was no material waste, and the whole process required 20 percent less floor space within the factory. Chrysler failed to indicate how much it saved overall, but the project earned an innovation award from the Society of Plastics Engineers.

“It’s a very big deal,” says John Shook, a Toyota Motor veteran who now runs the Lean Enterprise Institute in Cambridge, Massachusetts. “Go back to what Henry Ford did 100 years ago.  He got single-piece flow on the assembly line. Now how do you extend that all the way up the supply stream? That’s what we’ve been working on for 100 years. Some of the industry is still stuck in an old mindset.”

Popularized in the 1980s by Toyota Motor, lean manufacturing is based on the Japanese principle of kaizen, or continuous improvement. Single-shot molding, which has been experimented with but never widely adapted, could be the next wave in lean manufacturing.  Toyota’s goal was to eliminate all waste by emphasizing just-in-time inventory management and fixing problems immediately so that quality would be built into the manufacturing process. Like many manufacturers, Freudenberg-NOK tried to duplicate Toyota’s system by keeping inventories low and producing only what was needed in the next part of the process. The problem was that manufacturers were merely reorganizing work around existing capital.  In the case of Freudenberg-NOK, that meant trying to run its large, multicavity machines more efficiently. Eventually, Freudenberg-NOK, like most companies, had squeezed all possible improvements out of their systems using existing equipment.  At this point, they reached a productivity plateau.

As a result, in the late 1990’s and early 2000’s, manufacturers around the world began moving operations to low-cost countries like China. Productivity improved, mostly through lower wages. But outsourcing had hidden costs: poor quality (and the associated warranty expenses) increased shipping and higher inventory levels. Some companies returned to the United States but found themselves facing the issue that drove them offshore in the first place: an inability to improve further due to the limitations of the technology itself. “You just can’t do enough kaizens to get around the limits of the capital you are using,” says Duclos.

Duclos’ insight on single-cavity production stems from an unusual background.  He’s a biomedical engineer with a master’s and Ph.D. from Duke and a mechanical engineering degree from Stanford. He joined Freudenberg-NOK in 1996 as director of technology then took responsibility for engineering and operations, where his obsession with lean manufacturing developed.
Ten years ago, he started thinking about why biological systems were so efficient compared to factory systems. “If you think about it, biological systems are incredibly efficient,” he told Forbes. “Everything is created with tiny one-piece flow factories called cells. These cells work in parallel to become systems that support life. Everything that exists–plants, animals, rubber seals–are based upon these single little building blocks that work together.”

Single-cavity molding, Duclos says, is more like biology–you have many small machines working together in a highly efficient, effective manner. As you scale up with this approach, it drives efficiency all the way through the supply chain, saving money.

Duclos’ biggest challenge now would be familiar to Henry Ford: convincing other people, even inside his own company, to break with tradition and see the logic of his proposal. “We’re still debating this internally,” says Duclos. “Customers aren’t necessarily asking us for this, but we think they will.”