Is a 'merger of equals' possible? 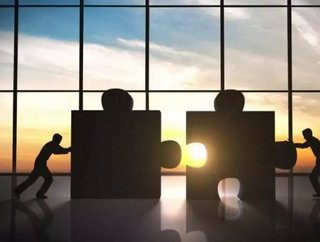 Potash Corp. and Agrium Inc. have merged to create a crop nutrient behemoth worth $27 billion. Potash is the global leader in fertiliser production...

Potash Corp. and Agrium Inc. have merged to create a crop nutrient behemoth worth $27 billion.

Potash is the global leader in fertiliser production, and Agrium is a retailer of agricultural products. The former will benefit from Agrium’s steady sales, while the latter earns a boost to its inventory of potash and fertiliser.

John Colley, a Professor of Practice in the Strategy & International Business Group, researches large takeovers, and has commented on this merger:

"Low crop prices and over-capacity in the fertiliser industry are forcing industry consolidation with Potash Corporation merging with Agrium in a $30 billion 'merger of equals'.

"The combined company will control almost two thirds of North America's potash market, 30 percent of the phosphate capacity and 29 percent of nitrogen capacity according to National Bank Finance.

"The US Department of Justice may well have plenty to say on this merger as with regional variations market shares are likely to be much higher in some areas. While substantial cost rationalisation is possible through Head Office and regional structure duplication, no doubt production capacity will also be rationalised which reduces costs and helps selling prices. Farmers will be faced with more limited product ranges and less supplier choice. Expect higher prices to be introduced as well as lower industry costs.

"Provided the board can sort out who is in charge following the 'merger of equals' then this should be good news for shareholders. Many previous 'mergers of equals' have come to grief through internal bickering and indecision.

"The Daimler Chrysler $36 billion merger is one example and Lafarge Holcim's €71 billion merger in cement is another. Agrium CEO Chuck Magro will be CEO of the combined group, while Potash CEO Jochen Tiik will become Executive Chairman. No doubt it will be some time before it is clear who will prevail.

"As for the farmers they are likely to be faced with less choice and higher prices in crop nutrition, seeds, pesticides and herbicides with the other mergers of Du Pont with Dow Chemicals in a $130 billion deal and potentially Bayer and Monsanto in a likely $65 billion deal. They will be looking to the Department of Justice for protection in the US."