Should I stay, or should I go? 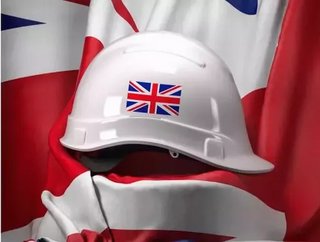 Richard Costin, CEO of Bisley shares his thoughts on the future of British manufacturing...

“Occasionally I’m asked whether or not, given the right offer, I would move production from our factory in Newport to somewhere overseas, and the answer is, and always will be, a firm no.”

Richard Costin is the CEO of Bisley, the British heritage brand that has been designing and manufacturing office furniture in the UK for over 80 years. And he is a strong believer in ‘Made in Britain’, making him a good match with the ethos of Bisley, where he took up the post of CEO in early 2020. Just in time for the pandemic.

Bisley has manufactured their products in England and Wales since 1941, although production is now solely conducted out of their Welsh HQ in Newport.

Richard believes that the future of British manufacturing, and Bisley’s role in championing it, is non-negotiable - values and objectives that are very much in line with Bisley’s Chairman Tony Brown, the son of Bisley founder Freddy Brown.

Tony, who was the CEO of Bisley for many decades and recently celebrated his 60th year at Bisley, has always been driven by a desire to create high-quality steel furniture, produced and cultivated by British manufacturers.

Freddie Brown, established the company in the post-war era, following its early years as a supplier to the British war effort, where it designed and manufactured the first containers to be dropped by parachute, which were widely used by airborne forces throughout the war. After the war, the company pivoted to start manufacturing office furniture, and in 1951 the iconic Bisley MultiDrawer cabinet was born.

Inspired by the letter trays of the time, the MultiDrawer is Bisley’s best known and most loved product. More than five million of the diminutive cabinets have been sold across the world, cementing its status as an icon of classic furniture design.

Seventy years on from the creation of the MultiDrawer, and despite pursuing a robust global expansion programme over the last 30 years, Bisley intentionally remains a UK manufacturer – with over 15,000 items per week leaving their Newport factory, and exporting to over 50 countries, with clients including the BBC, Google and L’Oreal.

While many manufacturers moved production overseas, Tony Brown has always been firm in his belief that the design and build of Bisley’s products should always remain in the UK and in Wales, a stance that was recognised in 1993 with the honour of an OBE for his outstanding contribution to the British steel industry. The firm has also been awarded the Queen’s Award for Industry twice.

And as a passionate advocate of British manufacturing new Bisley CEO, Richard feels the same way.

“British manufacturing is some of the very best in the world”, says Richard. “The coveted Made in Britain stamp is sought after and acclaimed around the globe. And our industrial and manufacturing heritage is without comparison.”

“Of course, the world has evolved since the heyday of British manufacturing during the industrial age, with emerging international markets doing incredible things, redefining the landscape, carving out entirely new sectors and creating some truly remarkable products. But British manufacturers are still out there, and in many cases, continue to set the global standards of excellence to which new markets aspire.”

And it’s because of this core belief that Richard will not envision a future where Bisley’s manufacturing arm would ever be offshored, despite recognising that for some UK firms offshoring has been the only way to ensure their survival.

“It’s not for us”, says Richard, “We are a British firm with a long heritage. Bisley started off life in England, but for many decades now has called Newport its home. The workforce here is among the best in the world. We have different generations from the same families on our factory floor, our people innovate and create with astonishing precision on a daily basis – it’s something I am immensely proud of. Why would we change it?”

“While our heritage products still remain popular to this day, having a workforce that knows our designs so well means that we’re better able to be agile and adapt our powerhouse of a factory to the newest innovations as well. During the pandemic, we designed, manufactured and launched a brand-new furniture collection, Belong, which was created with the new WFH lifestyle firmly in mind. I don’t think we’d have been able to do that, were it not for our workforce and the capabilities that we have in Newport.”

Despite the trend for the offshoring of production across multiple sectors over the past twenty-five years, many firms who initially embraced the concept are now beginning to swim against the tide and return home, largely led by rises in overseas wages and the time and cost involved in shipping goods great distances, among other factors.

And this is a trend that may now be exacerbated by the ongoing effects of the pandemic.

“And because of this it is already becoming apparent that some companies are reconsidering their approach, with onshoring, or at the very least, nearshoring of their supply base being contemplated, so products are not stranded tens of thousands of miles away in the event of a global catastrophe, and are near, or close to, their end market.”

“It just goes to reaffirm what many British manufacturers have always known”, says Richard, “the grass isn’t always greener despite the allure at times.”

“The Made in Britain marque is iconic, and we’re very proud to be a part of that”.