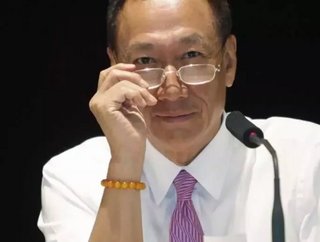 Since 2014, Hon Hai, trading as Foxconn Technology Group, the world's largest electronics contractor manufacturer, has decided to focus on the development of Industry 4.0 following a trend started by Germany.

Hon Hai's transformation has won the recognition of the outside world, having attracted world-class enterprises, including Nokia, seeking cooperation.

Gou said Hon Hai has been in close cooperation with Nokia, saying Nokia's N1, which won the 2014 best Android tablet PC award last year, was the result of bilateral cooperation, in which Nokia is in charge of brand and core telecom technologies while Hon Hai takes care of the rest, including the Internet of Things (IoT), patents, and next-generation wireless technology. This proves that Hon Hai is moving towards the IIDM model.

Hon Hai's developing robots aims to use them to help its workers and facilitate the production process, as the products have become more precise, with human power alone being difficult to complete all the processes. As Hon Hai employs more than one million workers globally, reaching the company goal of a 70 percent automated workforce will take at least three more years, he said.