Trump, Brexit, and the widening wealth gap's impact on the automotive industry 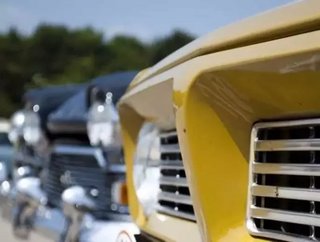 The growing wealth gap and the rejection of globalisation will fundamentally shape the future of the automotive industry - a key downstream market for p...

The growing wealth gap and the rejection of globalisation will fundamentally shape the future of the automotive industry - a key downstream market for petrochemicals. The election of Donald Trump is just the latest example (following in the wake of Brexit) of the direct impact of these forces on the global stage.

The US holds the largest number of high net-wealth individuals in the world, followed by China and the UK. According to the sixth Annual Global Wealth Report from Credit Suisse, 2015 saw high net-worth individuals account for 45.2 percent of global wealth, despite comprising just 0.7 percent of the global population.

Since the 1990s income inequality in the developed world has risen markedly, despite global income inequality falling overall, with the global financial crisis further exacerbating this as the poor bore the brunt of the downturn, according to reports in 2011 and 2013 from the OECD.

“Widening income inequality is the defining challenge of our time. In advanced economies, the gap between the rich and poor is at its highest level in decades,” the IMF wrote in its June 2015 staff discussion note on 'Causes and consequences of income inequality: a global perspective'.

In the same report, the IMF said that the increasing concentration of wealth caused by the rise of financial centres was the major contributor to growing inequality.

This growing inequality has major consequences for automotive manufacturers and the entirety of the petrochemical chain, and not just in the political sphere.

Political instability is a natural result of inequality, which typically leads to a rise in social discontent. This discontent increases the likelihood of ‘shock’ political and economic events, such as the ‘Brexit’ vote in the UK and Trump’s election in the US.

In the modern era, given a choice between uncertainty and preserving the status quo, voters have typically voted to preserve the latter in a kind of ‘better the devil you know’ pact.

Nevertheless, as inequality grows, those that do not benefit from changes in GDP, and other traditional signals of economic prosperity, begin to outweigh those that do. Any increase becomes increasingly driven by growth among the concentrated few at the top of the pyramid.

The tipping of the scale so that the ‘have nots’ outnumber the ‘haves’ creates rejection of incumbent systems as more ‘left behind’ voters become willing to bet on uncertainty rather than maintenance of the status quo. If you feel disaffected by your current situation, you are more willing to vote for a complete break with that situation in the hope that it could provide something better, while at least being assured that it is unlikely to provide something worse. In this way the rise of ‘outsider’ candidates and policies becomes more likely.

An increase in the number of political shocks destabilises financial markets, which are now so interlinked that shockwaves tend to reverberate globally.

These shockwaves typically cause a ‘flight to safety’ reaction among investors looking for safe-haven investments as risk appetites decrease. Metals are a typical safe haven investment. The longevity of this flight to safety is dependent on how quickly markets can be reassured, and is typically at its sharpest in the immediate aftermath of an event until the market finds an equilibrium level once the initial shock wears off.

Steel accounts for an estimated approximate 60 percent of the weight of an average finished car – although this varies from model to model and can be substituted by alternatives such as aluminium or carbon fibre, and light-weighting trends may shift this dynamic in coming years. This will result in increased short-term costs in the immediate aftermath of shock events.

The closer together these shock events, the higher the risk that investors will remain longer in safe haven investments, and the risk that higher costs will become entrenched.

Hedging mechanisms will become an increasing necessity if income inequality continues to widen in developed countries and shock events occur at greater frequency.

Auto sales are typically directly linked to GDP growth, nevertheless, this causal link will weaken as income distribution becomes more uneven. When GDP is concentrated among a small percentage, the majority see no material benefit from economic growth, no increase in disposable income, and therefore no stimulus or security for pre-end-of-life vehicle replacement.

The sharper divide in income will drive the need for automotive firms to diversify their fleets as there are more rich and more poor.

The increasing rich are likely to require status symbol models with the latest gadgetry and advancements.

Those at the other end of the scale are more likely to be driven by economic and sustainability concerns – wanting something both reliable and cheap. A trend that the shift in demographics towards an older population will compound.

The rise of the over-55 audience post-2030 and the rise of the new middle class, and its lower median income, will again create an audience eager for reliability and affordability.

This pushes innovation in opposing directions, with companies needing to decide whether to focus on the smaller but higher value upper end of the consumer base, or the lower value but higher volume opportunity at the lower end of the scale.