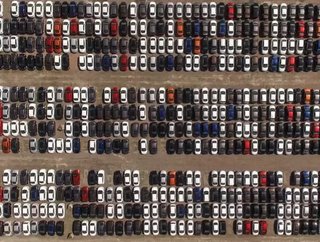 The Society of Motor Manufacturers and Traders (SMMT) reports reduced demand from UK buyers. It has been announced that UK car manufacturing figures ha...

It has been announced that UK car manufacturing figures have fallen for the first time in eight years, with under two million less cars produced throughout 2017.

This has only been accelerated through the UK’s muddying stance surrounding the use of diesel, leading to a 17% decline.

The Society of Motor Manufacturers and Traders (SMMT) has also found that output for the domestic market fell by nearly 10%, leading investment in the UK car manufacturing industry to also reduce from £1.66bn to £1.1bn.

At present, the UK car manufacturing industry is kept afloat by overseas demand, particularly across the EU, as well as within Asia, the US and Canada. This has led to increased concern for the country to issue its stance on the how Brexit negotiations will impact future exports. The country’s figure within commercial sales in the UK have also indicated slight decline.

“We compete in a global race to produce the best cars and must continue to attract investment to remain competitive. Whilst such investment is often cyclical, the evidence is that it is now stalling so we need rapid progress on trade discussions to safeguard jobs and stimulate future growth.”

It will therefore remain imperative for the UK to continue adhering to present EU free trade agreements and customs union arrangements, in order to maintain high levels of job security and development within the country’s automotive sector.

If the UK government opts for a hard Brexit, over 30,000 roles within European car manufacturing will be severely impacted, as well as the number of cars produced. A report from Deloitte has highlighted that it would threaten up to 14,000 jobs in Germany, who presently remains the biggest exporter of car parts in the country.

However, one area of subsequent growth has been within the UK engine production, which has rose to 2.72 million (an increase of 6.9%) in 2017, according to the SMMT. Jaguar Land Rover remains the largest UK engine factory in the UK, but is increasingly facing challenges within its car production lines due to reduced demand.