UK manufacturing PMI is at a four-month high 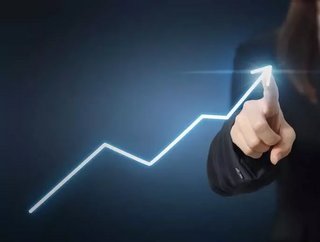 Manufacturing PMI is at a four-month high of 56.9, according to research by the seasonally-adjusted HIS Markit/CIPS Purchasing Managers’ Index. In Jul...

Manufacturing PMI is at a four-month high of 56.9, according to research by the seasonally-adjusted HIS Markit/CIPS Purchasing Managers’ Index. In July, results came in at 55.3; the current rating is the second highest in over three years.

PMI measures five key components – output, new orders, employment, suppliers’ delivery times, and stocks of purchases – and found that all proved consistent with a stronger performance for the manufacturing industry during the entirety of last month.

Production rose at its steepest rate in seven months, supported by faster intakes of new work received. Rates of expansion in both variables were among the best registered since mid-2014.

The domestic and export markets remain robust, with gains occurring in Europe, the US, China, and Australia. Labour job creation is also increasing, and business optimism keeps improving due to rising demand, new product lunches, and expansions.

Rob Dobson, Director at IHS Markit, which compiles the survey, said: “The UK manufacturing sector continued to show signs of solid progress during the third quarter, with rates of expansion in output, new orders and employment all gathering pace in August.

“The key question is whether this positive start to the second half of the year can be sustained. This is looking increasingly likely during the near-term, given the breadth of the expansion. Business conditions improved across the three main sub sectors – consumer, intermediate and investment goods – and at smaller and large-scale producers alike. Business confidence also rose to one of its highest levels in over a year.

“There are increasing signs of supply-side issues leading to raw material and staff shortages, which could become a constraint on output growth going forward, while also leading to higher costs. However, at the moment, the survey data suggest that the manufacturing economy remains in good health despite Brexit uncertainty, and should help support on-going growth in the economy in the third quarter, which will add fuel to hawkish policymakers’ calls for higher interest rates.”

Duncan Brock, Director of Customer Relationships at the Chartered Institute of Procurement & Supply, added: “Market forces continued to be supportive of the sector this month, as purchasing activity was strong, more jobs created and new orders rose across all three sectors, for companies large and small. Buoyed up by a rebound in domestic demand, the sector’s overall performance was one of the strongest since 2014.

“New export orders didn’t disappoint either with new business wins from Europe and the USA – which all supported the sector’s fastest rise in jobs growth since June 2014.

“But the impact on supply chains was less welcoming, as delivery times were stretched, and supplier performance has recently been the weakest since the middle of 2011. The sector experienced one of its longest lists of material shortages for many years, so suppliers will have to develop more forward-thinking strategies to build up stocks and meet ongoing demand, if the current wave of optimism and purchasing activity continues into the last quarter of the year.”