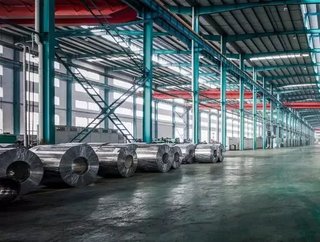 CIPS reports the latest result of its PMI survey for the UK manufacturing sector and the impact of the second lockdown...

Latest reports from the Chartered Institute of Procurement & Supply (CIPS) highlighted that while business activity in the UK private sector decreased in November bringing an end to a four month expansion, manufacturing production experienced a strong expansion compared to October. However, the latest manufacturing PMI survey indicated that supplier delivery times are expected to lengthen, with severe delays at UK ports, and a robust level of stock building to accumulate critical inputs before the Brexit transition ends on 31 December 2020.

"Some comfort comes from the data suggesting that the impact of the lockdown has not been as severe as in the spring, and manufacturing has also received a significant boost from inventory building and a surge in exports ahead of the UK’s departure from the EU at the end of the year, providing a fillip for many companies. However, while the lockdown will be temporary, so too will this pre-Brexit boost,” commented Chris Williamson, Chief Business Economist at IHS Markit.

Other key findings outlined in the report:

"With the biggest drop in private sector output since May, the end of the year unveils the different fates of the manufacturing and services sector as a result of continuing covid restrictions. Where manufacturing had a flat out month with the highest level of growth since September, the dominant services sector took another sudden tumble into contraction territory, resulting in deep concerns for the health of the UK economy, commented Duncan Brock, Group Director at CIPS.

"Manufacturing’s fortunes were fuelled by a rise in both domestic and export orders driven by forward-buying strategies to beat the approaching Brexit deadline. However, the flipside of this surge in activity was the sudden increase in delivery times, as supply chain snags in the form of shipping delays and UK port disruption offered both a glimpse into the coming months and contributed to the strongest cost inflation since 2018,” he adds.