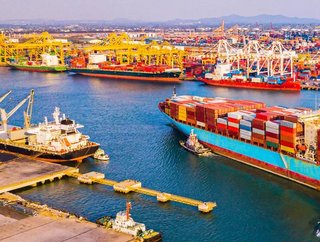 Taking a hard hit during the pandemic, the manufacturing industry is starting its recovery. This in part has happened due to new efforts to make factories more responsive to fluctuations in the industry that come with disruptions like a shifting economy or virus outbreak.

Dedicated to be a part of flexible, custom manufacturing, Fractory has announced the completion of its Series A funding round led by OTB Ventures. Fractory secured US$9mn, with participation from Trind Ventures, Superhero Capital, United Angels VC, Startup Wise Guys and Verve Ventures.

What Does This Mean For Fractory?

Founded in Estonia, but now headquartered in Manchester, England, Fractory has developed a platform to make it easier - for those that need custom metalwork - to upload and order it, and for factories to pick up new customers and jobs based on such requests.

The latest funding will be used to expand its technology, and bring more partners into the ecosystem. Currently, Fractory has worked with over 24,000 customers, and hundreds of manufacturers and metal companies.

Whilst Fractory isn’t a manufacturer itself, the company has altogether helped to produce more than 2.5 million metal parts with its business of enterprise software, marketplace, and intelligent tools. Its solutions help its customers to engage with companies that need metal parts made. Using intelligent tools Fractory can help manufacturers to identify what needs to be made and connecting that potential job to the specialist manufacturers that can make it.

“It’s a very fragmented market and there are so many ways to manufacture products, and the connection between those two is complicated. In the past, if you wanted to outsource something, it would mean multiple emails to multiple places. But you can’t go to 30 different suppliers like that individually. We make it into a one-stop-shop,” said  Martin Vares, Fractory’s founder and MD.

“The average uptime capacity is 50%,” Vares said when discussing the metalwork plants on Fractory’s platform, as well as the industry in general.

“We have a lot more machines out there than are being used. We really want to solve the issue of leftover capacity and make the market function better and reduce waste. We want to make their factories more efficient and thus sustainable.”

Being an industry that is often committed to ‘if it ain’t broke, don’t fix it’, companies such as Fractory are gaining momentum, building intelligent software to run legacy equipment more efficiently.

“Fractory has created an enterprise software platform like no other in the manufacturing setting. Its rapid customer adoption is clear demonstrable feedback of the value that Fractory brings to manufacturing supply chains with technology to automate and digitise an ecosystem poised for innovation,” said Marcin Hejka Co-Founder and General Partner at OTB Ventures.

“We have invested in a great product and a talented group of software engineers, committed to developing a product and continuing with their formidable track record of rapid international growth.”