GFG agrees deal with Novelis for aluminium plant in Belgium 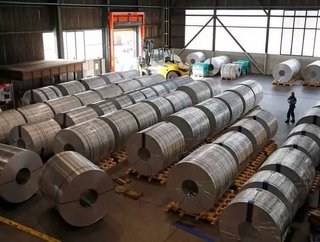 GFG Alliance, owned by British commodities tycoon Sanjeev Gupta, has agreed to buy the Duffel aluminium plant in Belgium fromNovelis. The deal for the...

The deal for the plant, which supplies the auto industry and is one of the largest rolling mills in Europe, adds to a string of acquisitions in steel and aluminium across Europe by Gupta’s privately-held group. No price was disclosed.

“The deal is consistent with GFG Alliance’s strategy to create an international, vertically integrated aluminium business,” GFG said in a statement.

The group, which said it aimed to close the Duffel deal in coming months subject to regulatory approval, bought Europe’s biggest aluminium smelter in France last year from Rio Tinto Plc for $500mn and purchased the Lochaber smelter in Scotland in 2016.

GFG said buying Duffel would unlock savings for its two smelters in Europe in freight costs, as well as in research and development, reports Reuters.

Duffel buys some of its primary metal from GFG’s French smelter, produces components for the auto industry, including Volkswagen and BMW. The plant has the capacity to produce about 240,000 tonnes of semi-finished aluminium products per year, according to the Aleris website.

The sale of the Duffel plant was a condition set by the European Union for clearing the $2.6bn takeover by Novelis of automotive sheet body producer Aleris.

Novelis, US-based but owned by India’s Hindalco Industries, is the world leader in aluminium rolled products and aluminium recycling.

GFG holdings had grown rapidly from its roots as a metals trader by spending billions of dollars buying up often troubled metals manufacturing facilities from the United States to Europe and Australia.