How the UK’s car manufacturing scene is holding up 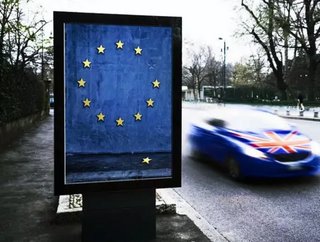 According to the Society of Motor Manufacturers and Traders (SMMT), the UK recorded a 17-year high for car manufacturing in March 2017. There were more...

According to the Society of Motor Manufacturers and Traders (SMMT), the UK recorded a 17-year high for car manufacturing in March 2017. There were more than 170,691 vehicles produced throughout that month at plants based in the UK, which was up by 7.3% compared to March 2016.

The release of the new registration plate means that March is obviously always a busy month for those working in the car industry. March and September are always forecast to be the industry’s busiest months for sales, meaning manufacturing is also up in the months of March and September to meet the high demand for new registrations. But 2017 saw the most cars produced in Q1 than the past 17 years – 471,695 units in total, a 7.6% increase on previous years.

The high quality of vehicles from UK manufacturers or built on British shores have also resulted in the automobiles receiving recognition both domestically and internationally. For instance, Range Rover won ten awards within the three months of production, and the Evoque secured 22 international awards. The Nissan Qashqai has been the winner of over 13 global awards too, while the Jaguar E-PACE was named Top Gear Magazine’s 2017 Crossover of the Year among other prestigious feats. As UK manufacturers are continuously recognised on a global scale for the high quality of their vehicles, it’s no surprise that global demand is driving the UK’s car production industry.

Demand overseas for cars manufactured in the UK

Compared to the previous year, exports to the EU also increased by 7.5%. This demonstrated continuous progression for global exporting. A total of 758,680 cars were exported to the EU in 2016, which was accountable for half of all overseas exports last year. In fact, more than one in two exported cars were to Europe – and out of all the cars manufactured in the UK, around eight out of every ten cars are exported overseas. It is clear that exports are driving the UK’s new car production, with the UK exporting to over 160 countries worldwide.

Demand domestically for cars manufactured in the UK

The positive news about the global exports of cars built in the UK unfortunately doesn’t seem to have been carried across when looking at demand domestically. Following the vote for Brexit, the UK’s domestic home demand has dropped. Despite not having much of a dent on the production volumes, some industry experts have raised concern, attributing the drop to fears of the UK economy and uncertainly about leaving the EU.

If anything though, the decline should highlight just how important global exports are for Britain. In Q1 alone, overseas buyers placed orders for more than 76% of the UK’s output.

As Brexit draws ever nearer, a dark cloud continues to hang over the UK’s car industry. According to the SMMT, car manufacturing in the UK dropped by 9.8% in October and uncertainty regarding Brexit was blamed for the decrease alongside model changes and market turbulence. Vehicle production for markets overseas also decreased 9.3%, though exports still make up 82.7 per cent of the entire output.

Mike Hawes, the chief executive at the SMMT, commented: “The fifth consecutive month of decline for UK car manufacturing is undoubtedly concerning and, while a number of factors have been at play, there is no doubt that business and consumer uncertainty is having a significant impact.

“With eight in ten British-built cars destined for overseas markets, the majority to the EU, the sector’s dependence on exports cannot be downplayed. Europe is our largest trading partner and securing the right Brexit agreement which allows free and frictionless trade is vital for the future health of our industry.”

Could it be that the used car market receives a boost from Brexit though? Experts have predicted that prices for new car models will increase as the pound gets weaker and other factors come into play while the UK is exiting the EU, so focus may possibly shift and motorists may focus their attention on the second-hand car market.

All will surely become much clearer when Brexit comes into force at 11pm on March 29th 2019.